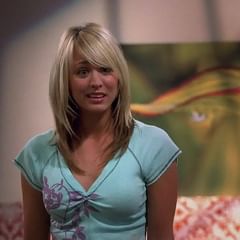 Who doesn’t fondly look back at one of the dynamic duos from The Big Bang Theory, Penny and Sheldon? The pair understood one another in a way that others didn’t. Their unique, quirky friendship on the hit TV show offered up quite a few iconic moments.

One of the funniest scenes

Among those moments was one from one of the early shows. Where Penny turned the tables on Sheldon’s triple-knocking habit. Now, more than a year after the hit series’ end, Penny actress Kaley Cuoco has hilariously recreating that moment in an adorable new TikTok video.

In the cute video, shared by Cuoco’s Man From Toronto co-star Pierson Fodé, Kaley recreates a moment from an early Season 2 episode. In the clip, Fodé plays Sheldon knocking on Penny’s door in his triple knock and calls out Penny’s name when Penny knocks back. The video gets it so close to the original but uses the episode’s real audio, making it a real fun clip for viewers.

Kaley revisits the nerdy world of The Big Bang Theory when Earlier this year she made a shocking fun, appearance on the New Young Sheldon prequel show. Kaley offered her voice in a fairly unique way and cute way 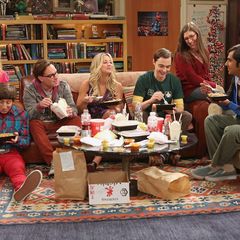 . The episode sees young Sheldon himself (Ian Armitage) panic about an upcoming swim test at school, as he grows anxious about the bacteria that is in the pool. In one scene, Sheldon literally talks to the pool, which in turn replies to him with Kaley as the voice. Mixing the award-winning Big Bang Theory with the new and exciting Young Sheldon gave fans a trip back to memory lane.

Kaley Cuoco moves on to a new show

Kaley is a flight attendant Cassandra Bowden, who wakes in her hotel room hungover from the night before, laying next to a dead body. Not wanting to call the police, she continues her day like nothing happened. She joined the other flight attendants and the pilots traveling to the airport. In New York, she is met by FBI agents who question her about her recent layover in Dubai. Still unable to piece the night events together, she wonders if she could be a killer.

Whatever Kaley Cuoco stars in fans think she will do great. Furthermore, fans say Kaley will always be known as the fun-loving Penny.