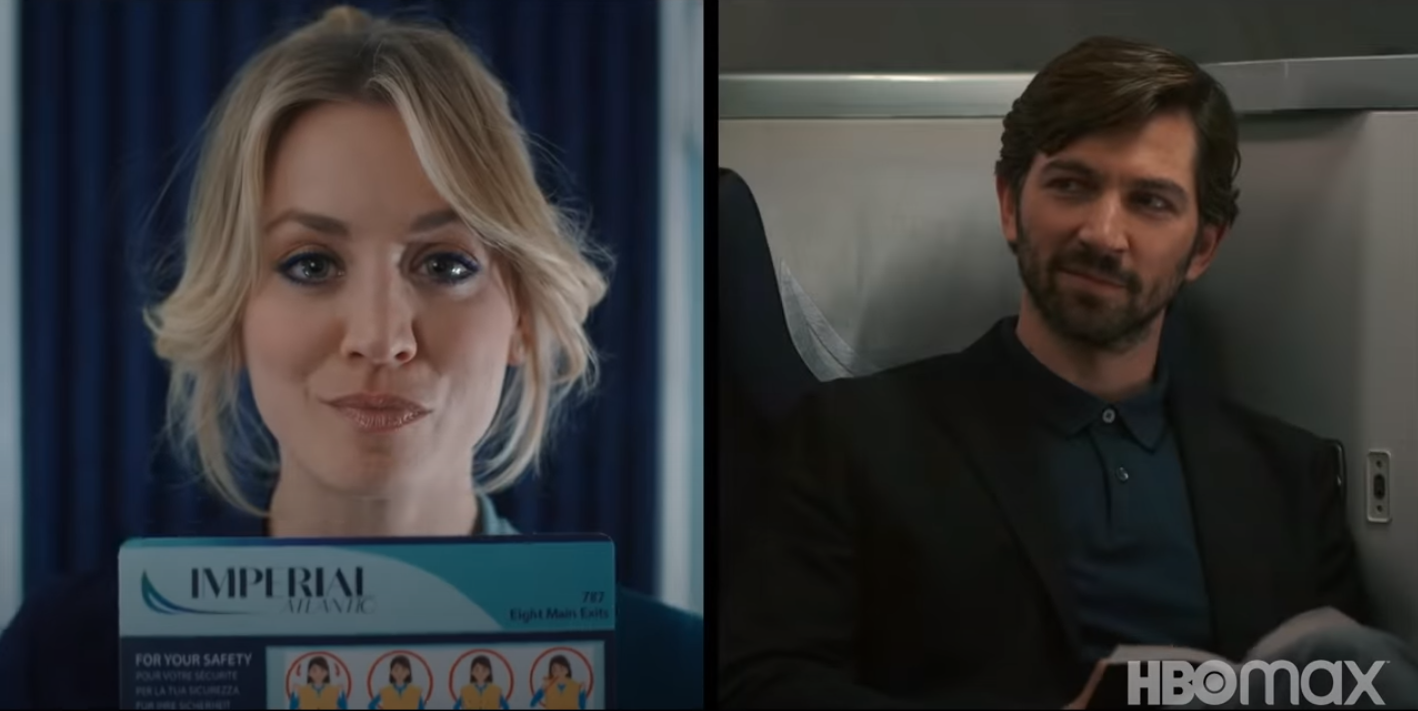 The Flight Attendant is one of the most highly-anticipated TV shows coming to HBO Max. The official trailer for the Kaley Cuoco-led series is out, and viewers can’t get enough of it. This is a trailer that’s packed with mystery and intrigue.

The trailer certainly sets the tone of the show. While it is a murder mystery, there’s going to be some comedy elements to it. That shouldn’t be surprising with Cuoco in the lead role. She is best known for her comedic talents on The Big Bang Theory and 8 Simple Rules for Dating My Teenage Daughter.

With the mixture of drama and comedy, there’s plenty of excitement for the series. Fans don’t have long to wait to check it out, either. As TV Shows Ace previously reported, The Flight Attendant is coming to HBO Max from Nov. 26.

The two-minute trailer gives us just a hint of what to expect while setting the tone for the series. It also tells us who the characters are. Cuoco will star as the lead character, a flight attendant who wakes up in a hotel room in Dubai with a dead body next to her. When she wakes from the night of drinking, she doesn’t even think much of the person who should be in bed next to her. It’s only when she sees the blood on her hand that she realizes there’s a huge problem.

Viewers already knew that she would jump straight onto the next flight she is scheduled for in an attempt to get away from the scene. However, someone is onto her as the FBI is waiting for her on the other side. Can she lie convincingly?

It’s not going to be easy when the ghost of the man she possibly murdered is haunting her. Does anyone really think she did kill the man? Is this just her conscience getting to her since she cleaned up the crime scene? Why did she clean up the crime scene?

One thing that is clear from the comments section of the trailer is Kaley Cuoco fans can’t wait for The Flight Attendant. This is Cuoco’s chance to show off her acting skills. It seems many either loved or hated The Big Bang Theory, but there was no doubt that Cuoco’s abilities as an actress grew considerably over the course of the 12 seasons. It was a chance for her to show off a serious side while keeping the comedic elements. Those talents will certainly help with this comedic thriller.

Michiel Huisman fans will also be happy to see him gain another role that’s not as dark as The Haunting of Hill House. While he is the victim, that doesn’t mean he won’t show up in more than one episode. His talent is not going to be wasted.

What do you think of the trailer for The Flight Attendant? Share your thoughts in the comments below.

The Flight Attendant will premiere on Nov. 26 on HBO Max with the first three episodes.