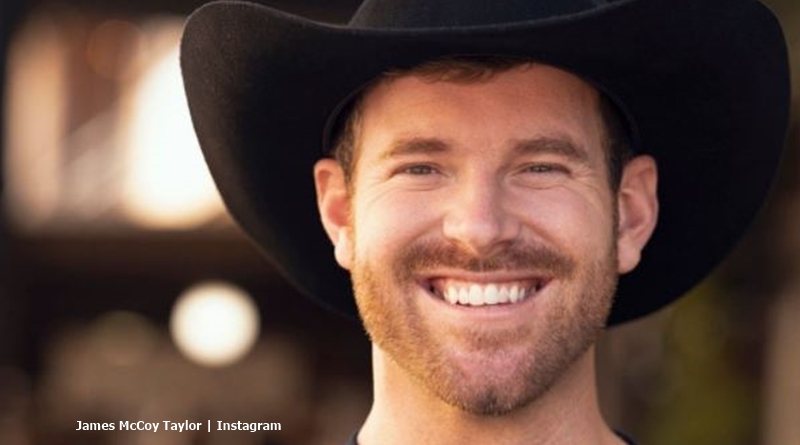 Bachelorette drama on-screen in Clare Crawleys season got put aside for a bit when James McCoy Taylor posted about Trump. Well, he’s been open and very candid about his support for “The Red Wave.” If you don’t recall, he appeared on the show in Season 12 and left in the seventh week. Now, he claims lots of Bachelor Nation stars voted for Trump.

Very vocal about the elections this year, James never hesitated to talk about hoping for a Donald Trump win. In fact, the singer-songwriter even dropped a Trump video for the campaign. On November 3, James shared a video clip and captioned it with, “WHO FEELS THAT RED WAVE COMING ON STRRROOOONNNGGG ?? 😈💪🏻💪🏻🇺🇸.” Next, he added, “Libs… get ready for 4 more years in our #redkingdom 😏.” The ABC alum also thanked other musicians who “made music” for the elections.

In the comments, the Bachelorette alum reassured voters who feel uncertain that Trump might pull off a win. repeatedly, he said, “We got this,” and “we can do it.” Well, that seems uncertain right now, as the elections look nailbiting and very, very close. One fan wrote, “My 3 children voted for the first time ever today and we blasted your song, “I Voted for a man named Donald J. Trump” when we left the parking lot!! Tons of people!! Raising Patriots! 💪🏼🇺🇸🇺🇸🇺🇸.”

In other comments, James said, “I wish I could tell y’all all the people from Bachelor Nation who…text me today saying they voted for a man named Donald J Trump.”Next, he added, “We’re at 17 so far and counting.” James ended by writing, “RT if you believe in this Red Wave.” 17 sounds like a lot of people in the ABC franchise. After all, most social media posts come across as reality TV stars voting Democrat.

However, The Bachelorette and other franchise stars started opening up about their candidates after the drama with Becca Kufrin. The Flare reminds readers that she and Garrett Yrigoyen split after he shared a post in support of Blue Lives Matter. So, fans know Becca votes Biden and Garrett votes Trump. Plus, bear in mind that ABC’s host Chris Harrison comes over in support of the Republicans. 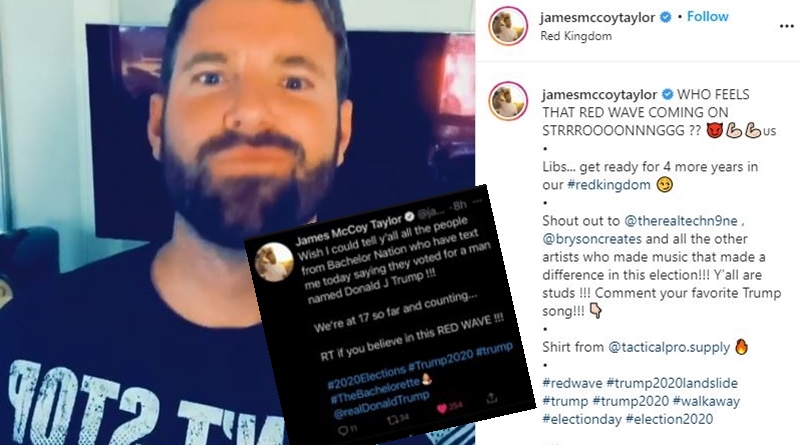 Who else probably voted for Trump?

The outlet noted that apparently, Peter Weber votes Republican. Then, “several of the men from Crawley’s current season follow the 45th president.” And, so does Hannah Ann Sluss. While that might not make them part of the Red Wave, possibly they vote Trump as well. And, Hannah Brown’s contestant, Garrett Powell got very vocal on a number of comments he made on other posts. So, he looks very pro-Trump.

Obviously, not every cast member votes Trump, but clearly, it’s not a clean sweep for the Democrats. So, it might be believable when The Bachelorette alum James McCoy Taylor claims there’s at least 17 of them.