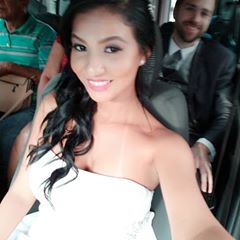 ’90 Day Fiance‘ stars Paul Staehle and his wife Karine Martin has had a very bumpy marriage. The two just got back together after months apart. But they are putting all that drama behind them and are celebrating their 3rd wedding anniversary.

Paul Staehler And Karine Martin’s are moving on

The couple who had restraining orders out against each other requested in September to have them dropped. Of course, that’s all in the past as the family seems to be working on spending quality time together. They celebrated Halloween together with 1-year-old son Pierre, and appear to still be together in Brazil with Karine’s family. Paul has been active on social media, posting pictures of the happy family.

Rather than dwelling on the past

Paul Staehler, a Kentucky native married his Brazilian wife, Karine Martin three years ago! Paul shared a sweet wedding picture on his Instagram page of the two on their wedding day, and captioned it, “Happy 3rd Wedding Anniversary. It’s been one hell of a roller coaster ride.” The same day, he shared a photo sitting around the table with Martins’ family at what appears to be a restaurant, writing in the caption, “Familia Brasileira.”

In Light of the Allegations 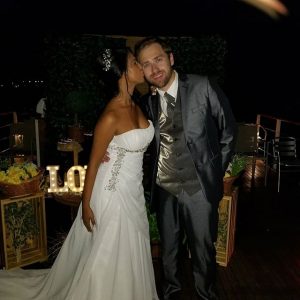 In August, a judge ordered the two reality star personalities to stay 500 ft. away from each. This happened after the 24-year-old mother accused her husband, 37, of raping her and withholding her Green Card to prevent her from leaving the country with Pierre. “I am terrified he will hurt me or hurt my son because I ran away from him and I am even afraid to go back to Brazil now because he can goto Brazil and hurt us,” she wrote in a court declaration.

As if that’s not enough Karine also stated that’s she was under surveillance and not allowed to leave the house without her husband. According to an article by Popculture.com

Paul Staehler’s side of the story

On the flip side, Paul Staehler accused his young wife of putting glass in his food and assaulting him. “I have had to double up on my therapy to cope with this madness,” he wrote on Instagram Stories at the time. “Her motion against me with false allegations is for a 3-year restraining order against me and both my children. Alimony and child support. But I cannot see her or my children at all,” he continued.

Is that a baby bump?

Keeping to Paul Staehler’s usual routine, he posted a song to his wife about their unborn child. The song included the hint that Karine is pregnant with the their second boy together. Fans have not heard any more info on the unborn baby and when the little guy is due to arrive.