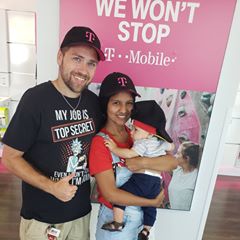 A potential reconciliation is on the horizon for 90 Day Fiance Paul Staehle and his wife Karine Staehle. While the couples had issues, Paul writes a song to his wife and announced the name of their unborn baby.

A baby is on the way for Paul Staehle

90 Day Fiance stars Paul and Karine have had a lot of issues lately. Paul and Karine got married in November 2017 and welcomed their first child, Pierre, in March 2019. The pair recently broke up and filed restraining orders against each other. Fans have watched as the relationship turned into a hot mess! Even though so many issues came up, the two looks to be getting back together and are expecting their second child.

Paul writes a song to Karine

Paul revealed the name Ethan while sharing song lyrics about his and Karine’s marriage. He posted the song, which he appeared to sing along to in an Instagram Stories post. Here are some of the lyrics to his original song. It starts, “People break up and makeup all the time / We got our son Pierre / And Ethan’s on the way / So happy to be here with you, Karine / And sure we’ve had our problems / But everything takes time to heal / I don’t really wanna love without you / So happy we’re fixing things up,” his tribute to their romance read.

Paul shared a photo unveiling his spouse’s blue hair makeover and then posted a video of him feeding homeless. The two dropped the restraining orders they had against each other. Then he and Karine canceled the upcoming court hearing they had on December 3 for custody issues of their son, according to In Touch Weekly.

Paul took to Instagram to report Karine was pregnant with another boy while they were taking some time apart. “For everyone thinking I am chasing Karine in Brazil, Karine is in Indiana USA,” the 90 Day Fiance star wrote in an update on social media. “Karine is not in Brazil. I knew that when I traveled here.”

But now it seems like the couple has put these issues aside and are choosing to keep their family together.

The Kentucky resident was very vocal about their marital troubles but it appears Paul was determined to right any wrongs. The couple didn’t appear on the 90 Day Fiance Tell-All so we have yet to hear anything from Karine. Paul however hasn’t stopped posting on social media and stated that Karine is doing good. Fans want to hear from Karine so they know she’s ok and being treated right by her husband.

New Picture Of Fern & Ivy Seewald Surfaces On Reddit…Kind Of
‘General Hospital’ Spoilers, August 2-6, 2021: What Is Austin Up To?
Isabel Roloff Shares Adorable Snap Of Her Finding Out She Was Pregnant
Jenelle Evans Reveals Petty Details Of Split From Nathan Griffith
Josh Duggar’s Arrest May Not Be The REAL Reason ‘Counting On’ Is Over