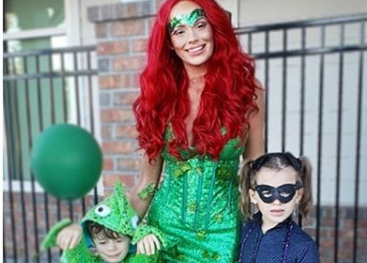 Cameran Eubanks reportedly walked away from Southern Charm because of rumors her husband had cheated. Kathryn Dennis, always one to stir the pot, brought that rumor back to life on the premiere episode. After she’d already shocked viewers and her co-stars by temporarily living with ex Thomas Ravenel, she moved on to spreading rumors.

When talking to Craig Conover, she talked about the rumor and said she heard he had an affair. In a confessional Kathryn said she didn’t care what Cameran thought. She said, “she literally hurt me to my core by the meanest, nastiest things you could ever say about someone. So everyone that thinks Cam is just this guy’s girl that is wearing Lilly Pulitzer with a big old smile and perfect teeth? She’s an a*****e.” Eubanks and her two-year-old Palmer are in the latest Lilly Pulitzer ad. 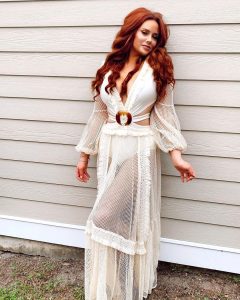 What Did Kathryn Dennis Read From Cameran?

Kathryn Dennis read a text in a private interview. She read, “why are you telling people Jason is cheating on me on camera? I am so confused.” Kathryn said she heard a rumor and Cam responded, Kathryn give me a break, be a good human.”

According to All About The Tea, When Kathryn brought it up to Craig, he immediately shut it down. Craig told her she shouldn’t be saying that. He tells Leva about it, and since she is friends with Cameran she also shuts it down. Then Craig texts Cameran which is where the above text thread came from. This is a group that loves to share what the others are saying. It has been speculated Kathryn coming for her was the reason Cameran didn’t return.

The Other Woman Spoke Out

Despite Kathryn Dennis sharing rumors, the alleged other woman made a statement of her own. She said, “these hurtful accusations are blatant unfounded lies.” She went on to say she doesn’t watch the show religiously but living in Charleston she knows the cast.  Rebecca Leigh Wash maintained she never met Jason Wimberly or had even seen him.

She said she met Kathryn Dennis once when she did her makeup for a photo shoot. That was it. Wash stated she’d met her in a professional capacity. She said, “to suggest that I am somehow associated with these allegations is dumbfounding, hurtful, and malicious.”

Cameran, with all her class, reposted her message and said, “it is so sad that this kind, beautiful and innocent girl had to be drug into the mud. I signed up for this by being on TV. She didn’t. @RebeccaWash is the victim here.” Cameran clearly believes her husband. Knowing Kathryn this won’t be the only thing said about the situation. Southern Charm airs on Thursday nights.