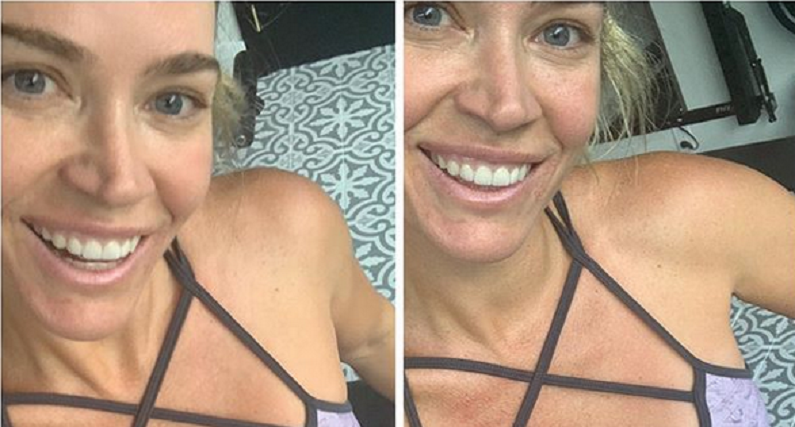 But some people think the programs promote a “starvation diet” and “unhealthy workouts.” Teddi has since defended her programs. She’s even ramped up on the positive reviews and before-and-after photos on her Instagram account. While the accountability coach says she will look into the allegations, she still believes in her programs.

What is All in By Teddi?

The programs created by Teddi Mellencamp features a two-week jumpstart program, which includes dairy-free and vegetarian suggestions. Clients can also choose to work with an accountability coach to keep them accountable for their health and fitness goals. But none of the coaches possesses health, fitness, or medical certifications.

This revelation came as a concern to former clients. On her website, Teddi said she chooses coaches who join and complete her program. Some see it as a form of Multi-Level Marketing, also known as MLM. Others are concerned that the program promotes unhealthy practices.

The All In program is creating headlines once again. YouTuber Cruel World Happy Mind decided to look into the program. She got a hold of the leaked screenshots of the alleged aggressive text messages from the accountability coaches. One of those coaches turned out to be Teddi Mellencamp herself.

Teddi’s former client tells her she felt “nauseous” ever since she woke up. She shared that she’s going to lie down for an extra 20 minutes. Teddi advises her to “rest up and see how you feel later today.” The anonymous client says that while she’s traveling to San Diego, she will keep her posted.

“Pack your scale. No excuses.. You aren’t a victim. You are a fighter,” Teddi responds.

The client responds, “Yup, you are right.”

Teddi also asked her client to send a photo of her current weight. Clients have to send in a daily photo of their results. Also, it was revealed in the video that they have to sign an NDA. This prevents them from discussing the program, especially on social media.

Experts warn that Teddi’s program could be dangerous

Page Six did a profile on the All In program. They spoke with two participants, both of which who did not want to be revealed. The first woman is a 34-year-old bride and Langlitz, a mom of one. The bride joined the program in January 2018 after she watched Teddi Mellencamp on RHOBH.

She described it as “pretty intense” and “very structured.” She confirmed that she “had to submit weight pictures” and “take pictures [or have] proof of a workout.” Even the diet was a “big adjustment” for her since it included “no protein for the first 15 days” and dinner was soup for “every night” of the week.

As for Langlitz, she will never try the program ever again. She was introduced to All In through a mutual acquaintance. She heard of Teddi’s program before she became a Bravo star. Langlitz joined in October 2017 as a way to lose weight after the birth of her first child.

However, the two weeks caused her serious health problems. She ended up with “really bad headaches” and exclaimed that her “kidneys hurt at one point.” She was so “dehydrated” that she was overheated. Langlitz said the program is “very degrading and very bullying.”

Experts agree with the two former clients. They say it doesn’t lead to a healthy lifestyle and could cause issues with food. Experts advise that nutrition plans should be individualized for safety reasons and success goals. In addition, the program raises concerns about personal trainers.

As for Teddi, she continues to actively promote her programs on social media.