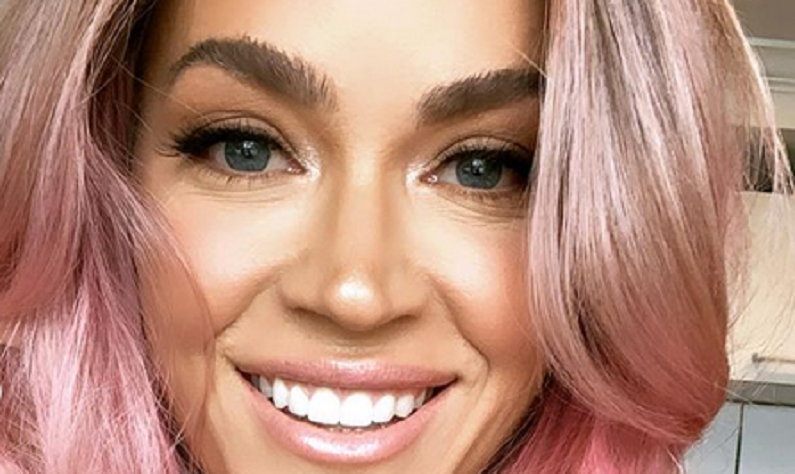 Fans accused Teddi Mellencamp of running a shady and unhealthy diet program. She launched All in By Teddi when she lost 80 pounds after changing her lifestyle. But some claim it promotes a “starvation diet” and “unhealthy workouts.” The program starts off with a two-week jumpstart plan, which has dairy-free and vegetarian suggestions.

Clients can also work with an accountability coach to help keep them on track of their weight loss goals. However, none of the coaches have any health, fitness, or medical certifications, according to the All In By Tedd’s website. Teddi chooses the coaches who join and complete her program. But rumors are swirling that it promotes unhealthy practices.

Teddi Mellencamp is making headlines for all the wrong reasons. Several past participants in the All In By Teddi program have shared their experience in the program. Most of them allege that it promotes “starvation diets, unsafe workout schedules, and insufficient nutrition.”

Others have shared the disturbing details of the All In By Teddi Retreat. Most of them alleged that they were forced to sign an NDA. They also had to follow a strict 500-calorie diet and drink a laxative. Other clients claim they were bullied by their accountability coaches.

“I did this program about a year ago – it was hell!” one customer wrote. “The first two weeks I had a constant headache which they told me to just drink more water.”

“I quit after two days because it was so crazy and sick and unhealthy,” another client shared. “My coach was afraid that I would ask for my money back and then Teddi started rage texting me that if I quit I’m definitely not getting my money back!!!”

“I did this program and it was a nightmare,” a third client shared. “You have to send photos of your weight and each meal and proof of your 60 minute cardio workout everyday. You cannot drink alcohol or you are immediately dropped from the program with no refund.”

#RumourHasIt more disturbing customer experiences of RHOBH star @teddimellancamp’s ALL IN program have surfaced (via @emilygellis) ⁣ Clients claim they were allegedly forced to sign NDAs, stick to a 500 calorie daily diet, drink laxative tea, and be bullied into accountability. 👀🚨

In one of the screenshots, one woman claimed her accountability coach harassed and bullied her. This came after she added an egg to her quinoa. After she reached a spike in her endometriosis from the oatmeal and quinoa she consumed. She claims the company dropped her and didn’t issue a refund.

Teddi Mellencamp under fire for her unsafe diet program! Dieticans and nutritionists are calling her out for her unsafe diet plan that is practically an eating disorder! Credit (@emilygellis) I suggest you check out her amazing in depth expose in her insta story. Some highlights also posted in my insta stories. ⏩SWIPE⏩ ——————————————— #rhobh #realhousewivesofbeverlyhills #realhousewives #beverlyhills #teddimellencamp #allinbyteddi #bravotv #realitytv #realityshow #realitytvshows #realitycheck #realitytvnews #reality #diets #gossip #bravosnarkside

Teddi Mellencamp fought back at the backlash. On Tuesday, September 15, she took to Instagram to post a video message with her fans and followers. In the clip, Teddi was positive and upbeat. She backed up the positive results of her All In By Teddi program.

“I love All In. I’m incredibly proud of the over 15,000 lives we’ve helped change,” Teddi exclaimed with a smile on her face. “I’m so proud of all of our clients. I love all of our coaches.”

Teddi stated that she and her team are transparent about the details of the program. According to her, they let their clients know what it entails before they join. She also promised to be there for her clients, every step of the way. Teddi shared the post several hours after screenshots from former clients went viral on social media.

In the comments section, Teddi explained that her coaches are trainers and not nutritionists.

“It is all explained on the FAQ’s page on our website,” Teddi wrote. “What has worked for us is truly living the lifestyle and going through a big change being coached by someone else who truly knows the ups and downs of personally changing their life.”