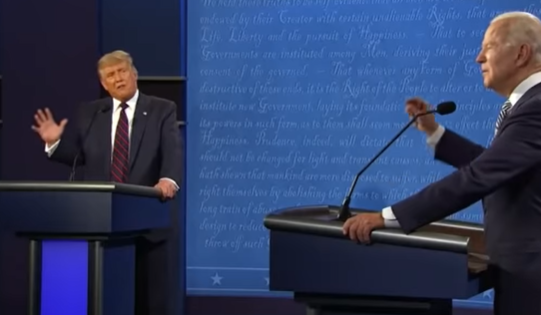 The election this year seems to have a heaviness it may not have carried in the past. No matter what side people are on they are paying attention, because they’re really invested. With COVID-19 sweeping and devastating the country, it is just one of the issues on the front of voter’s minds tonight. The best way to stay in the know is to follow it on television. Keep reading for ways you can see the results trickle in tonight.

Every major news outlet is covering the election. As the polls close across the country more numbers will come in. It’s important to remember, COVID has changed things a little bit. It could possible take weeks for the winners to be called because of some states allowing ballots to be counted days later.

Some ballots will be counted if they were postdated by election day. That means they won’t be counted until the arrive in the mail. No doubt people will still be glued to their televisions tonight anxiously waiting for the results.

CNN will air until two o’clock in the morning eastern standard time. The same is true for MSNBC, PBS, and Fox News. NBC will show the results until eleven PM. Telemundo and Univision will continue until three in the morning.

If you already have a cable provider, according to Syracuse, you will be able to log in on CNN.com, FOXNews.com, and MSNBC.com. They will have live streams on their website.

Get out & VOTE! Under my Administration, our ECONOMY is growing at the fastest rate EVER at 33.1%. Next year will be the GREATEST ECONOMIC YEAR in American History!

Find your polling place below. https://t.co/OODmll3Snt

Both candidates tweeted their final pitches to voters. Trump said, “Get out & VOTE! Under my Administration, our ECONOMY is growing at the fastest rate EVER at 33.1%. Next year will be the GREATEST ECONOMIC YEAR in American History!”

How To Watch Without A Cable TV Subscription

If you don’t have cable you can still get access to the election results. Sign up for a free trial on Sling, CBS All Access, Hulu + Live, or fuboTV. As with any free trial you can cancel anytime before it’s up and not be charged. Each streaming service brings with it hours of quality entertainment.

Donald Trump will be awaiting the results at the White House with his staff. Joe Biden will be at the Chase Center in Wilmington where he accepted the nomination according to US News.

This is our moment to prove that:

You can try out the services and watch the Election Day coverage. The states to watch closely include North Carolina, Florida, and Georgia.  Currently it’s a tight race between the two as a divided America ultimately will decide the future of the White House. Brew a pot of coffee and settle in for a long night. As of right now, it’s too early to call.