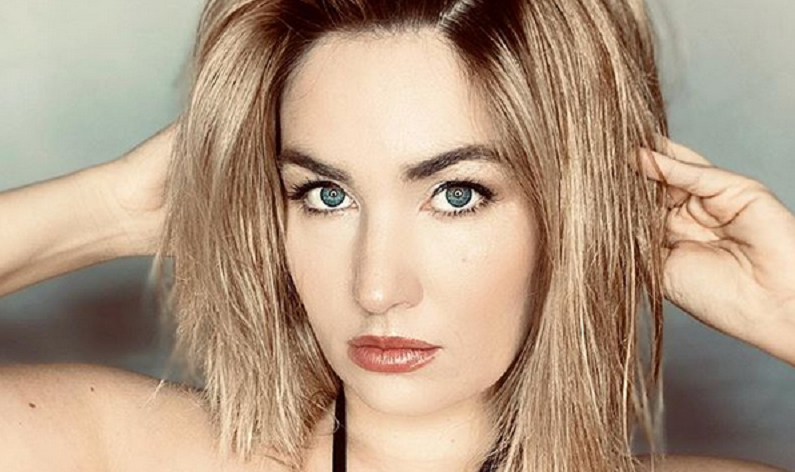 90 Day Fiance alum Stephanie Matto is getting candid about weight gain and mental health. The reality star took to Instagram to post two new sexy photos to tease her followers. But there’s a funny story behind those photos. Or, at least it’s funny, according to Stephanie.

As fans know, she had a good sense of humor about life. She understands that not everyone is going to agree with her career choice. Aside from being a YouTube star, she’s also a nude model on OnlyFans. Although she posts sexy photos, she claims to be celibate.

On Instagram is where she gets emotionally revealing. On Monday, November 2, she got candid about her depression, which she jokingly called a “vacation.”

The former 90 Day Fiance star posted two new photos on Instagram. In the pics, Stephanie wore a slinky gray snake print dress. The dress showed off her curves and cleavage. In the lengthy caption, she talked about her weight gain during her “three-week vacation.”

“Remember this? Remember when I gained 15 lbs during a 3-week vacation because of depression and readily accessible chicken schnitzels?” Stephanie asked her followers. “Remember when I wore this dress on a 20+ hour international flight?”

Stephanie also asked her followers if they remember when she had a “botox-ridden, scrunched up, fake cry face.” She also revealed the time when she forgot to wear her face mask and “the whole internet” and her “mom roasted me for it.” But she joked that she doesn’t remember those times either. Despite what happened, she said her dress is “still cute though.”

The photo received over 6,000 likes. Fans flocked to the post. They commented on Stephanie’s dress. Others exclaimed how great she looked.

Stephanie says she has “no implants,” but she says “yes to Botox in my forehead and no filler but I did do under eye filler over a year ago but I think it’s still kinda there!”

That same fan complimented Stephanie’s “amazing figure.” Then, that same follower revealed she should try fillers since she had Botox before and it didn’t work. Stephanie explained that some people “metabolize Botox faster, unfortunately.” The TLC doesn’t “really recommend filler unless you have dramatic volume loss in your face.” She admitted that she asked her doctor for Botox injections, but her doctor advised her “to go home” instead.

Stephanie is no longer on 90 Day Fiance. Since she’s celibate and not dating anyone, it’s unlikely that she’ll return to the franchise. What are your thoughts on Stephanie’s latest Instagram post? Sound off below in the comments section.