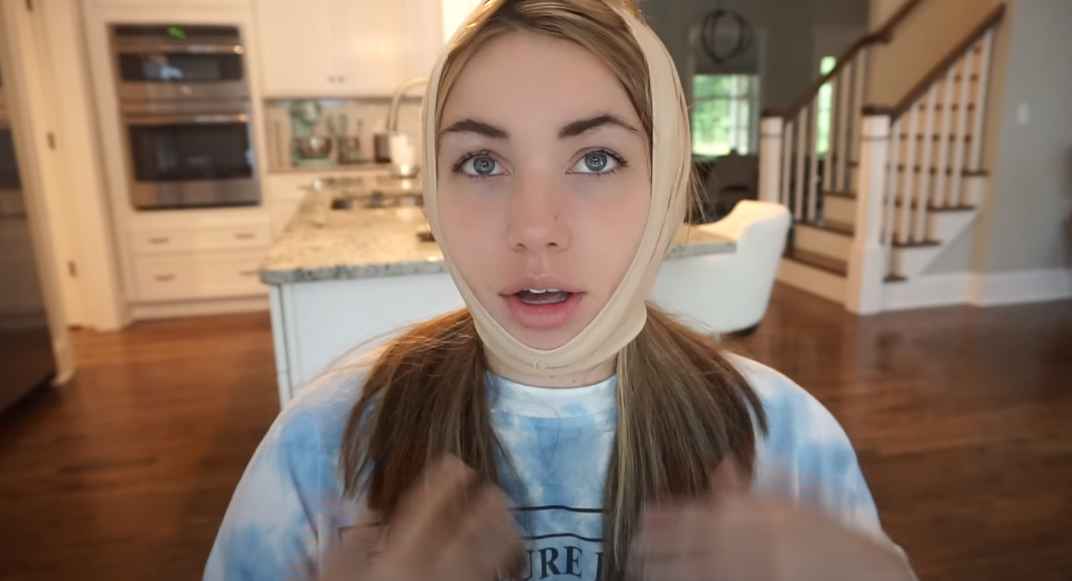 This is getting to be a habit – 90 Day Fiance stars having plastic surgery. After fellow co-star Larissa Dos Santos Lima has embarked on a series of procedures, now Stephanie Matto, 29, is feeling less than perfect. Stephanie recently opened up about her plastic surgery in a YouTube video. She had liposuction done to remove a “pocket of fat” from beneath her chin. With her existing health problems, is this wise?

In her YouTube video, Stephanie Matto opens up about her recent plastic surgery, where she had liposuction to remove a “pocket of fat” from beneath her chin. The first thing she did was to assure her fans that this was safe. 90 Day Fiance fans will recall that Stephanie suffers from aplastic anemia, a serious condition where her blood doesn’t clot. In the video, she explains that right now, she is in remission, so it was safe to have the procedure done. This is despite the fact that her mother said she was stupid to do so!

Stephanie’s video is titled: “What Happened to My Face!?? Surgery Confession.” She explains that if she ever saw a profile photo of herself on television, all she would see was the pocket of fat. She said it bothered her whenever she took a photo of herself. Matto says, as her fans know, her job is literally her “appearance to some degree” because she does OnlyFans. Because of this, she wants to feel her best and the fat under her chin had bothered her for a long time.

Celibate – but I’ll sell a picture of my butt. What is the biggest contradiction about you? #onlyfans #marthastewartofonlyfans #whatdoesthatevenmean

Stephanie and her health

Matto spoke about her weight and how it fluctuates up and down. However, even when she was at her lowest weight, she couldn’t get rid of the fat under her chin. Stephanie looked into CoolSculpting and other procedures. However, due to the size of her fatty area, it wouldn’t have worked. This is why Matto settled on having liposuction.

Stephanie brought up the subject of aplastic anemia before any fans could ask her questions. She explained that she had blood work done before the surgery to ensure it would be safe.  Matto said why she suffers from a “relatively severe hematological condition,” it is now fully under control. She stressed that is isn’t cured, but her counts are stable right now. Stephanie’s platelets are fine, as these are what helps you clot.

The 90 Day Fiance alum said she did get her doctor’s approval before the plastic surgery. Also, the only side effect she has experienced is some minor bruising around her neck.

90 Day Fiance alum Stephanie and being open to fans

In the video, Stephanie explained why she chose to share her plastic surgery journey with her fans. She says she is not shy about the work she has had done and isn’t shy about the procedures. She admits that getting work done is somewhat controversial, as she preaches self-love. Stephanie says “you see all this contradicting stuff online where people just post like perfect, flawless photos of themselves.” She admits she does that sometimes, too, but she tries to keep things real.

Fans of the ­90 Day Fiance alum can keep up with her story on her YouTube channel, STEPANKA.