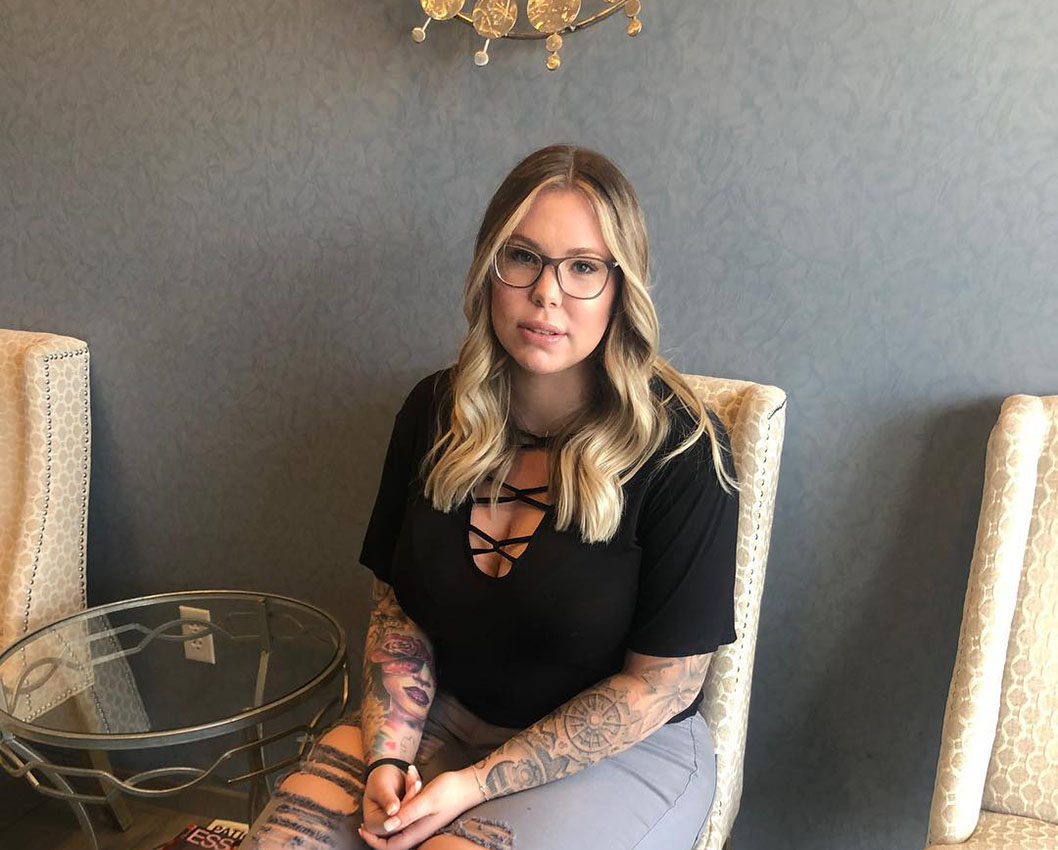 That being said, InTouch Weekly reports on an alleged confrontation. According to reports, exes Kailyn Lowry and Chris Lopez got physical on September 4th. According to reports the fight stems from Lopez cutting Lux’s hair without approval from Lowry. However, the police did not get involved until September 25th. Lopez alleges Lowry hit him “with a closed fist” several times.

Ultimately, police arrest Teen Mom Kailyn Lowry on September 26th for “offensive touching.” Luckily, she was released later, but without bail. There is no bail since she is on her own recognizance. Due to this, Lowry’s been ordered not to have contact with Lopez. Additionally, she has to appear at all scheduled court hearings regarding the incident. Consequently, Lowry’s arraignment is scheduled for January 21, 2021.

However, Lowry confirms that she was upset about Lux’s haircut, but that “the dispute never became physical.” On September 6th, the Pride Over Pity authored shares before and after photos of Lux’s new haircut. She captions the post with, “Parenting with a narcissist be like” and claims that it is a “control tactic.”

Lopez and fans weigh in

Additionally, Lopez weighs in and defends himself. He says he only “cut off a little bit of his edges.” However, Lowry says, she wouldn’t trim Lux’s hair “until he wants to cut it.”

Fans were quick to weigh in on the situation. At which time, Kailyn Lowry confirms that Lopez doesn’t have custody. She advises that “he has supervised visits.” Additionally, fans claim that “he should have the right to change their son’s appearance without her permission if they share custody.”

Unfortunately, custody of the boys is an ongoing battle. Lowry’s rep tells Us Weekly more details in a statement. The rep shares, “Ms. Lowry has filed a petition for custody in the matter involving her children Lux and Creed. The judge in Delaware Family Court has ordered the parties to refrain from discussing all domestic matters until after the hearing next year.” Additionally, the rep reiterates Lowry has sole custody and cannot respond due to judge orders.

Lopez spends time with his sons on Halloween

Despite all the drama, Lopez spends time with his sons over Halloween.  He shares a photo of Lux as Aquaman for Halloween. Consequently, it’s apparent that Lux’s hair is the perfect length for the superhero costume.  The next day, Lopez shares a selfie of himself as Black Panther with Lux.

Unfortunately, Kailyn Lowry and Chris Lopez are back and forth with the drama. Sadly, only time will tell how the custody battle will play out. However, it may be a good sign that the boys are spending time with their father despite all the drama. Stay tuned to TV Shows Ace as this story unfolds.