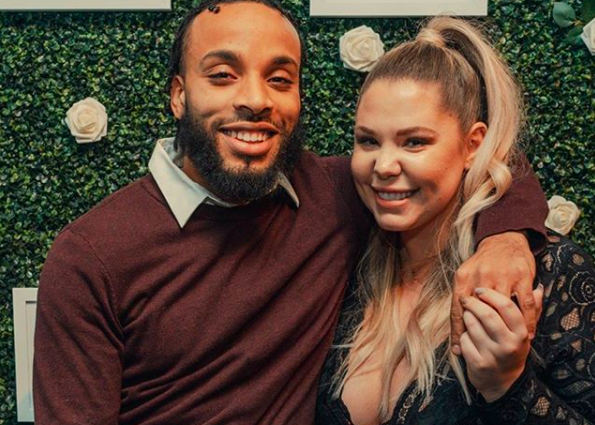 Kailyn just gave birth to her fourth child at the end of last month. This was a high-risk pregnancy for the new mom, but thankfully it appears she was able to give birth to her son with no issues. She and the baby are both happy and healthy. The Teen Mom 2 star even showed off her placenta smoothie just five days after giving birth.

Now, according to US Weekly, Kailyn revealed on her “Coffee Convos” podcast just whose last name she was going to give the new baby.

On the Thursday, August 13, episode she revealed that she gave her son the last name of Lopez. Kailyn stated that giving him Chris’s last name was another attempt of her, “trying to give him a chance to step up as a dad.” The Teen Mom 2 star continued saying, “Nothing I do is going to change someone else’s behavior. However, I feel this is another attempt of me giving him a chance to not argue about the last name and try to be there.”

Kailyn and Chris have another child together. They had their older son Lux back in 2017. Interestingly enough Lux’s last name is now Lowry. But according to US Weekly the child started out as a Lopez first.

& then there were 🖐🏼 #kailandthechaos Welcome to the circus 🎪

The Teen Mom star’s choice of a first name

Kailyn first revealed her newborn son’s name on Monday, August 10. She posted a photo of her son featuring his new baby blanket on Instagram. This revealed that the little one’s name was in fact Creed!

However, fans could not resist making jokes about how she came up with the name. They just had to know! Fans made comments asking if the baby was named after the band or maybe the iconic character from The Office?

The comments became so much that Kailyn replied to set the record straight. She went on to clarify that Creed is actually a reference to the Michael B. Jordan movie in which the actor plays the son of Apollo Creed from the Rocky movies.

What do you think of Kailyn making the decision to give baby Creed his father’s last name? And, what does baby Creed’s first name remind you of? Let us know what you think in the comments below. Be sure to watch new episodes of Teen Mom 2 on MTV.