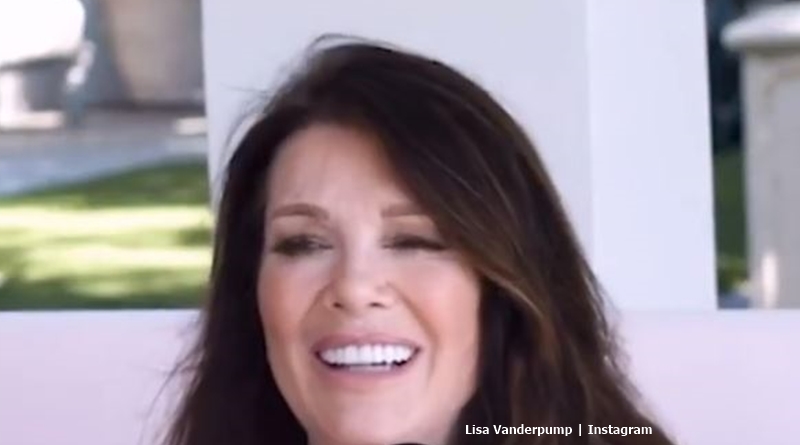 Lisa Vanderpump showed up on Instagram on the weekend. Actually, she posts rather infrequently there these days. So, fans seemed very happy that she shared about Halloween. As Real Housewives fans know, often, her supporters call her the queen. But now, they agree she makes a beautiful witch as well.

Judging by the background of the photo that Lisa shared, she and her husband Ken Todd celebrated Halloween at home. Lisa described it as “✨🎃A magical Halloween 🎃✨.” Of course, the matriarch of Vanderpump Rules dressed up for the occasion. She wore lots of sparkly jewelry and a gem-studded cap. Dressed all in black with her long flowing hair and makeup, fans think she looked like a very beautiful witch.

Adoring Bravo fans swooned over her appearance. One said, “Amazing as always wish you all the best; lots of L♥️VE.” Another one noted, “Classy Witch Vibes Queen ❤️😍.” Others agreed with that assessment of Lisa Vanderpump:

As you can see, Lisa Vanderpump fans totally adore her in her witch outfit at Halloween. 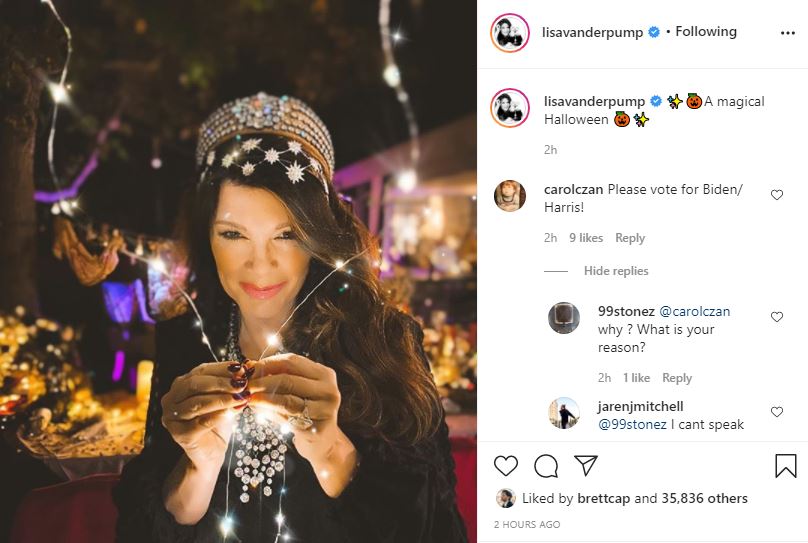 Lisa might come across as charming and sweet. But, the cast of Vanderpump Rules knows not to overstep the mark. We reported that Ariana Madix got that bossy look from Lisa when she complained about her mental health last season. Recall that Ariana joked on the Bravo show “she wasn’t doing that well if she was on Pump Rules.” And, she admitted that Lisa hates it when she “loses it.”

Perhaps James Kennedy knows better than everyone else how it feels to get on the wrong side of Lisa Vanderpump. A few seasons back, she fired him and told him in no uncertain terms how disappointing he was. Actually, fun Halloween witchy Lisa might be a whole lot nicer than angry Lisa the queen of witches. But, fans forgive Lisa a lot because of all the work she does with dog rescues.

No wonder Lisa’s fans poured onto her Instagram to praise her beauty inside and out, even if she looks like a witch.