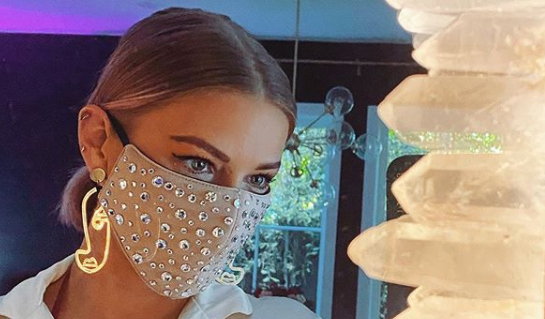 Ariana Madix didn’t like the last season of Vanderpump Rules, and she’s not afraid to talk about it. Although, her boss, Lisa Vanderpump, might not be too happy about it.

She spoke on the Not Skinny But Not Fat podcast about her qualms. She also talked about Tom Sandoval being accused of being jealous of Stassi and how she felt about his fight with Jax Taylor. The host, Amanda Hirsch, and Ariana also bonded over their love for Hailey Bieber.

Why Was Ariana Madix Mad At The Show?

Ariana Madix listed a few reasons Season 8 upset her. She said it really bothered her when they didn’t show anything about her book. Madix said it felt like an important part of her life they filmed and didn’t use.

She said, “I finally felt like I had something to show for what I had done. I was so proud of it and it was such a huge part of our lives for like a year and a half leading up to that where I was like, ‘We’re just going to pretend that never happened?’” She said it put a chip on her shoulder. On the article, one fan said she didn’t blame Madix for being upset. The fan said, “Stassi’s stupid book was highlighted instead.”

an old pic from a great day 😊 how’s everyone’s monday going so far?!

Ariana also felt like the producers only showed the negative side of her mental health struggles. She said, “When we only saw the bad part and not the triumph or the accomplishment, it kind of felt a little one-sided.”

Lisa Vanderpump Disapproved Of Her Comments

Ariana Madix joked on the show she wasn’t doing that well if she was on Pump Rules. This came after someone said she thought she was better than everyone else. She said, “I don’t think Lisa likes it when I lose it.” When asked about the future of the show, according to Reality Blurb, Madix said she doesn’t know what is going on but it isn’t abnormal for the cast.

Madix said, “We usually find out things very last minute. But with COVID, there’s an added element of uncertainty, so fingers crossed. I want it to come back. I think we have more to show.” She said she thought SUR opening back up was a good sign for the show.

Ariana thinks they should show how everyone is handling the pandemic. She stated, “We’re in a weird time in history so I think that instead of pretending like it’s not happening, it would be interesting to follow that. So much of the cast is going through such crazy stuff right now that I think it’d be interesting.” Fans will wait and see if Vanderpump Rules does indeed start filming again.