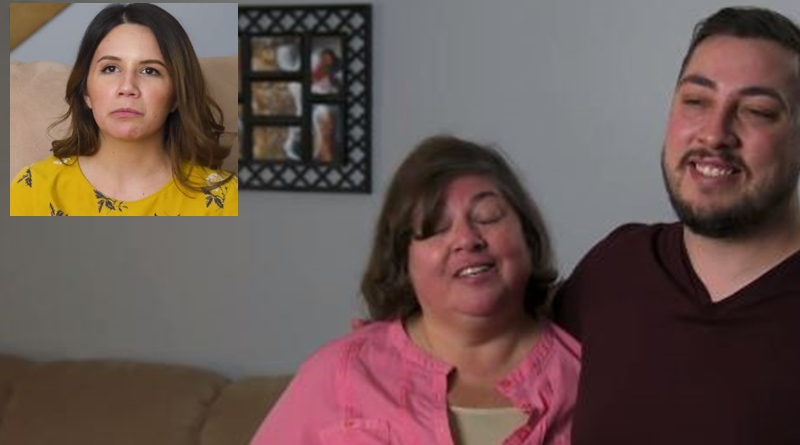 I Love a Mama’s Boy premiered on October 25 on TLC. Back then, fans met Matt and Kim and his cloying mother, Kelly. Quickly, fans decided that Matt’s such a mommy’s baby that he turned out gay. This week, viewers met Jason and Justina and his mom, Annette. Justina plans for her wedding, but it looks like Annette hijacks all her personal plans.

Fans who felt convinced that Matt’s mom smothered him so much he turned out gay saw an even more cloying relationship this week. Jason, aged 28, and his girlfriend Justina, 25, plan on marrying. They already dated for five years. But, Jason’s mom Annette won’t allow him to even choose his own wedding jacket. TLC asked, “Will Justina end up with the wedding of her dreams, or will she be bulldozed into accepting her future mother-in-law’s vision instead?”

Lots of tension grew between Annette and Justina as Annette wants the wedding her way. In fact, the I Love a Mama’s Boy mom wants to tell Justina what dress to wear as well. Meanwhile, Jason tries ineffectively to calm it all down. So, fans predict that in the end, Annette gets her own way for her baby boy’s wedding. And, they suggest that Justina won’t win against her future mother-in-law.

On Twitter, fans think Justina definitely loses the wedding to Jason’s mom. One of them said, “Justina girl call off the wedding if they are not going to give you what you want!” And, another one wrote, ” I just would not get married. What’s the point if I’m not getting it the way my fiancé and I envisioned it. I would’ve said if you’re getting that tux I’m not marrying you and that’s it. SMH, so sad.”

Distractify noted that despite Annette always interfering, Justina takes a rather backfoot approach. She said, “Annette is a very direct person and I don’t like conflict, so I choose the kill-her-with-kindness approach … I do love her, we care about each other, and she is a great grandmother to Taylor.” And, fans think that means she just lets Annette run her over in I Love a mama’s Boy.

Jason looks like he works at Showcase Cinema in the red tux. He's too chunky t wear the blue one. Go traditional with a black tux. This mother is whacko #iloveamamasboy

Many TLC fans think Jason just laps up being smothered by his mommy. He’s so useless, that even as an adult, he lets her pluck out his nostril hairs for him. On Instagram, fans commented that it just seems “too weird.” And, others note that Annette makes things “hard” for Jason by babying him. His mom called or texts “ten minutes apart,” Jason says. And Annette says they became close because Jason’s dad “worked hard.”

The trouble is, Jason seemingly goes along with whatever his mom wants without question. So, Justina probably,  loses all say in her wedding. Justina feels that Annette still thinks of Jason as her “baby.” Imagine being number three in that sort of relationship? One person who married someone like Jason from I Love a mama’s Boy, described it as “the worst experience ever.” And, another fan commented, “Girl, run. You can do so much better.”

What do you think about this couple from TLC? Do you agree there’s no way Justina can stop her mother-in-law from hijacking her wedding? Sound off your thoughts in the comments below.