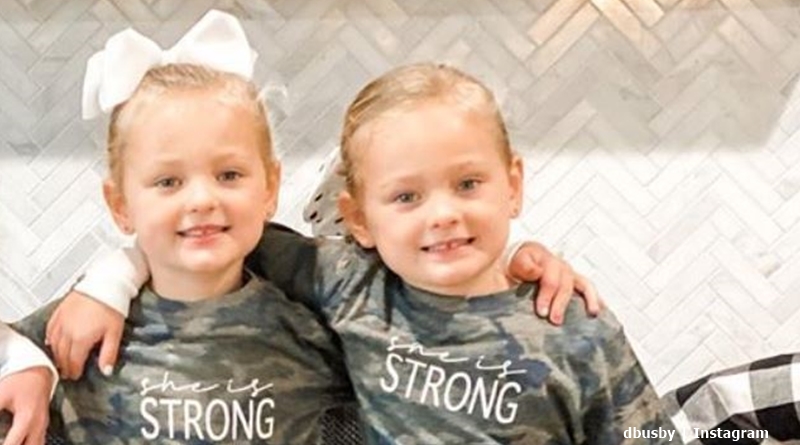 OutDaughtered twins fail and look rather pretty instead of Halloween scary

Danielle shared the family photo for Halloween on her Instagram on Saturday night. She captioned it with, “Happy Halloween!! This year was out of my norm, lol, and we went with a ‘scary theme’ but the twins couldn’t do anything not “Princessie.'”Actually, way out of the theme, the twins, Ava and Lulu took it away with white unicorns and dainty dresses.

One day, the girls probably giggle over the OutDaughtered Halloween fail. But people loved the photo and the costumes. And, many of them agree that Hazel won. Actually, spotting her among the other quints isn’t all that easy as she’s completely covered up as a skeleton. But, Riley’s easy enough to spot as a blue-eyed witch dressed in black. And Parker’s bigger than Hazel. 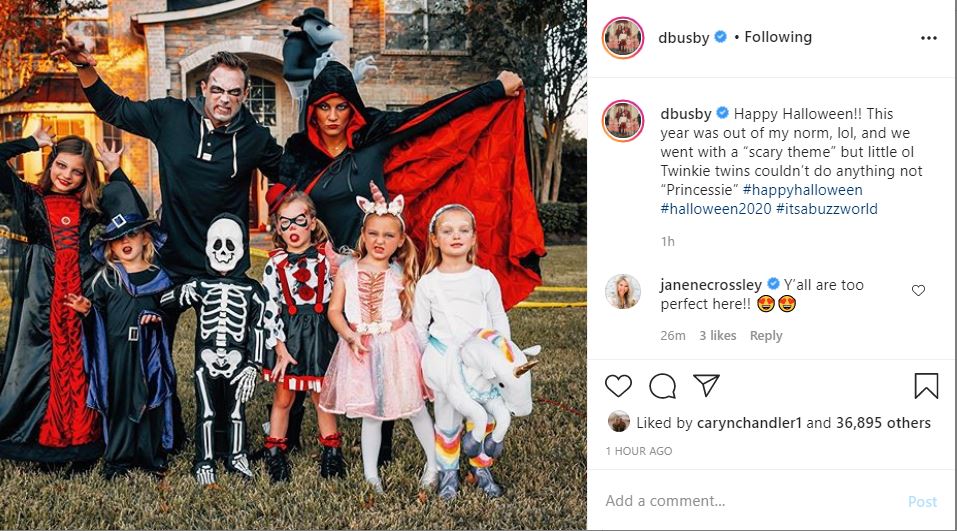 Fans love Hazel who dressed as a skeleton

Fans often find it amusing that the quints act terrified when they see the Easter Bunny. But, they seem way better with scary Halloween. And, Hazel took it away with her skeleton costume. One fan wrote, “You all look amazing but Hazel you are adorable in that skeleton costume!!❤️❤️❤️.” And, another follower noted, “Hazel… the star of the show!”

In 2018, TLC revealed that the quints dressed up as “Circus Characters” for trick or treating. They took the idea from The Greatest Showman. And in 2017, they all dressed up as NASA astronauts. Then last year, the OutDaughtered family all dressed up as super-heroes. So they looked way scarier this year. Well, except for the twins of course. Normally, Danielle stays away from very scary evil themes and some fans think that might come from her religious beliefs.

Not all Christians dress up scary for Halloween

Maybe Danielle likes that her twins Ava and Olivia prefer pretty princess outfits to evil scary things. Fans know that the family attends church regularly. And, not all Christians feel comfortable celebrating scary things. Country Living notes that the “holidays came into existence centuries after the Bible was written.” But, the book says a lot about the “forces of evil.”

TLC fans who watch Counting On know the Duggar family stays away from celebrating Halloween. But, they will celebrate the pumpkin season. Even if they trick or treat, the kids never dress up in scary costumes. However, most OutDaughtered fans know that the Busby family just dress up and enjoy the fun of their costumes without necessarily ending up cast out of the church.

What did you think of Ava and Olivia failing in the scary department? Sound off in the comments below.

Wait, Why Isn’t The ‘Seeking Sister Wife’ Season 3 Premiere On Tonight?
Rachael Kirkconnell Speaks Out Defending Rachel Lindsay Amid ‘Bachelor’ Hate
Courtney Waldrop Gets Unusual But Exciting Birthday Gift
Are Jax Taylor & Lisa Vanderpump On The Outs?
Which ‘Pump Rules’ Star Did Lala Kent Have Her Babymoon With?