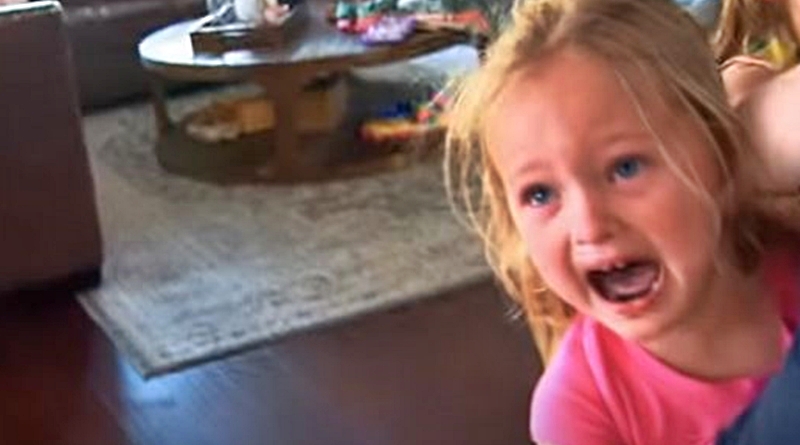 OutDaughtered fans who follow the Busbys on Instagram might recall that the quints view the Easter Bunny as a monster. Absolutely terrified, they screamed and some of them started crying this year. But, the quints seemed a bit more comfortable with scary Halloween masks.

Their distrust of the Easter Bunny goes back to the days when the OutDaughtered quints were just two-years-old. In fact, Olivia screamed with terror when she first met him. And, that fear never really went away. Yet, the little girls seemed less fearful of his scary Halloween mask, at least for a short time. Adam Busby loves dressing up on Halloween, and last year, he terrorized Beaux the Frenchie dog. So, he probably planned a scary moment for later.

Paradoxically, the Easter Bunny just ain’t welcome by the quints. But, they seem more comfortable with the really scary mask that Adam got this year. And, Olivia, the quint most terrified of Bunny, comfortably played around with the green mask and fake dismembered hand. And, many TLC fans felt intrigued about it. Especially as Olivia wanted a selfie with it. One fan said, “But put on a bunny costume and it is pandemonium.”

Other OutDaughtered fans also commented about that. “This is okay, but the Easter bunny scares them.🐰😂,” quipped one follower. But, others suggest that as the girls grow older, they may grow out of their fear of the Easter Bunny. Sometimes kids just react in almost inexplicable ways. And, it seems that whatever triggered Easter Bunny fears remains a mystery. 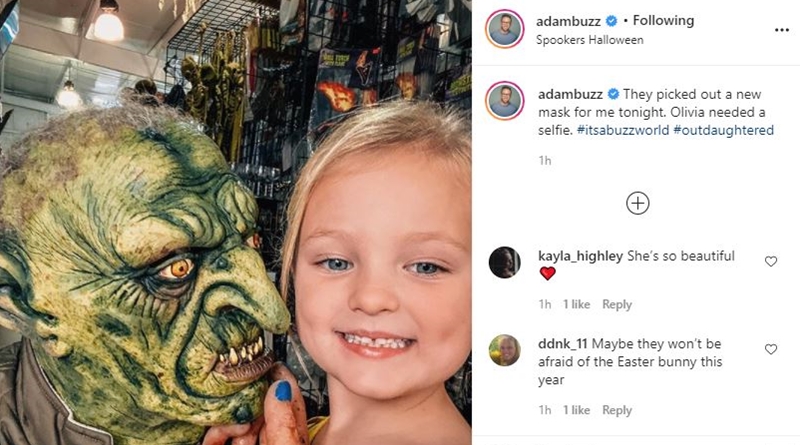 Why kids fear people in costumes

Live Science explains that “one out of every 100 kids suffers from a phobia of costumed characters.” Apparently, if they don’t see a person’s face, they become fearful of what might be inside. And sometimes, this brings problems during Halloween. Actually, some children find those scary masks terrifying. But, it looks like the quints don’t mind it as much as the Easter Bunny. However, dad Adam still brought some scary moments.

Over on Danielle’s Instagram, she hinted that Adam dressed up as a scary monster. She wrote, “IF you only knew what they were staring at. 👻 All I know is, I have me a new best friend and her name is PARKER KATE 💛 #newmamasgirl #daddyscaredher #halloweenfun.” And Adam commented, “I gotta have some fun this time of year…🤷🏼‍♂️😈👻.”

One OutDaughtered fan told him off. They wrote, “Go have your fun scaring someone your own size! Quit scaring the girls at this age!” Hmmm, that’s not likely to happen, do you agree? Sound off in the comments below.