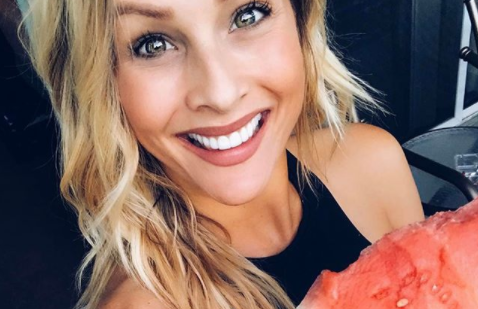 Clare Crawley has had a lot of support from her friends and fans since this season started. Included in that list is her ex-fiancé, Benoit Beausejour-Savard.

He went onto Almost Famous, the podcast ran by Ben Higgins and Ashley Iaconetti to talk about all things Clare. Beausejour-Savard said the woman he is seeing on the show, “is not the Clare I know.”

Benoit is part of Bachelor Nation himself being an alum of The Bachelor Winter Games. He was engaged to Clare in 2018.

Why Does He Think Clare Crawley Is Getting Played?

Clare Crawley and Benoit Beausejour-Savard filmed a segment for the premiere according to the thirty-three year old. He said he believes it didn’t air because they wanted to show her in an unflattering light.

According to Us Weekly Benoit said, “She has some good qualities than right now what we’ve seen it’s only the drama part.” He went on to say Clare is a deep person and that’s not showing at all. 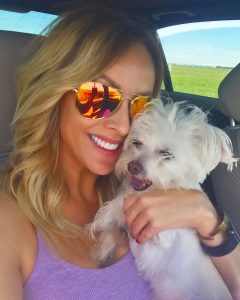 Did She Call Dale Moss Her Fiancé?

Benoit also had a theory about Clare Crawley allegedly calling Dale her fiancé. Benoit thinks production edited it, but she was actually talking about him.

He said, “When she called him her fiancé, a lot of people were telling me, ‘Benoit, I feel like they just cut out the ex-fiancé part and maybe they made some jokes about you and that was not fair,’ so there’s no way she would have called him at that moment her fiancé.”

He went on to say you can’t see her lips at that part. All you see is the back of her head. He said he knows how Clare Crawley is and it doesn’t track. The two of them have remained close and he revealed they’d spoken a lot since she left this season of The Bachelorette.

Higgins asked Benoit if the woman he’s seeing on the show is the one he fell in love with and he said, no. “I would say this is not the Clare that I know. Put yourself into her shoes, you’re doing quarantine in a resort,” he said. He said it had to be a lot more challenging than a regular season.

He does think it would have been a totally different season without Dale. It isn’t shocking to him she fell in love so quickly. He said, “I feel like she’s just so passionate. She knows what she wants.”

At the end he said he felt like production convinced her to leave. He didn’t think it was completely her decision. Benoit said he thinks fans will get an update on what is going on with Clare Crawley as the season progresses. Fans are eagerly anticipating the start of Tayshia Adams’ season. She makes her grand debut during the Thursday, November 5 episode.