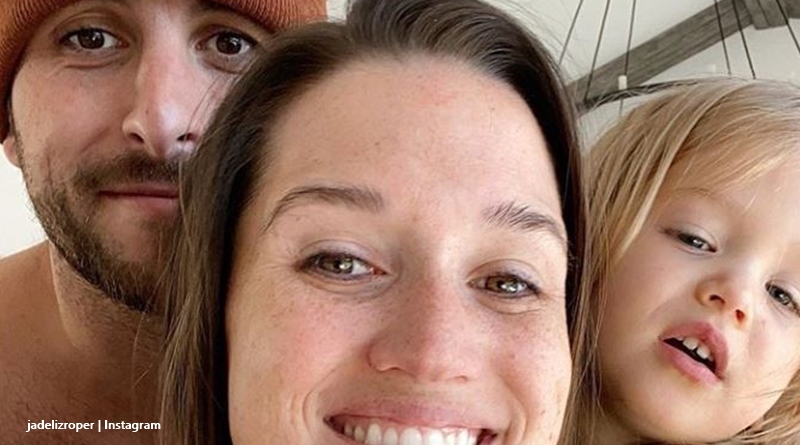 Jade Roper and Tanner Tolbert did all the right things in fall. Recently, we reported that they took Emmy and Brooks for a pumpkin season fun day. And now, they all dressed up for Halloween. Fans think they “win the Internet” with their outfits representing Schitt’s Creek, which filmed at the fictional Rosebud Hotel in Canada.

Tanner shared a photo with his Bachelor in Paradise fans on Friday, October 30. He tagged it as “Rosebud Hotel.” Of course, those who watched Umbrella Academy know the series featured a hotel. And, Schitt’s Creek also filmed at the same hotel and revolved around a dysfunctional group of people. Actually, the hotel isn’t named Rosebud in real life, but it is a real hotel. In fact, in September, Insider.com reported that the owner of the place put it up for sale.

Tanner shared his photo that revealed the whole family all dressed up. The Bachelor in Paradise star captioned it with, “Love that journey for you #schittscreek #halloween.” ABC Fans of Jade Roper and Tanner Tolbert loved the photo and plenty of them commented on it:

Other fans of Jade Roper and Tanner Tolbert agreed they totally “nailed it.” 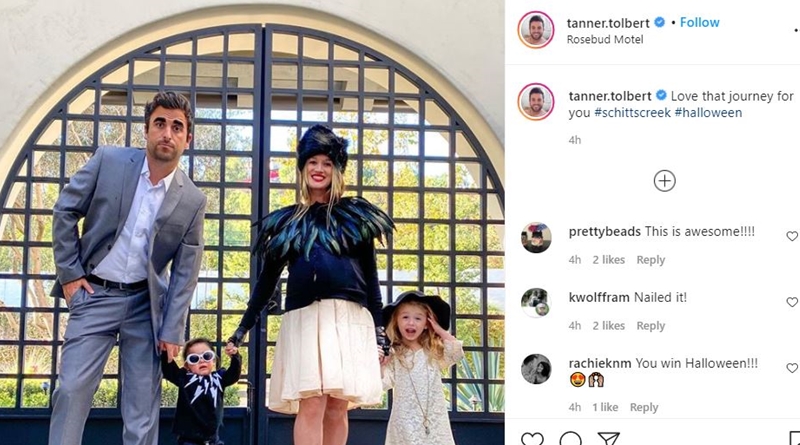 Last year, Dean Unglert and Caelynn Miller-Keyes blew up the Internet when they dressed up for Halloween as themselves! They celebrated early, and Caelynn captioned the photo with, “Just a dirtbag and his beauty queen 😈.” Recall, Dean got the nickname during the filming of BiP.  And, Elite Daily revealed photos of Dale Moss from Bachelorette modelling a silly Superman costume, an “ancient Roman Centurian” and more.

Meanwhile, Jade Roper also shared a set of photos of the family modelling for a Schitt’s Creek Halloween. In the comments, she said it took it out of her a bit. Bear in mind, they expect their third child shortly. She wrote, “After trying to take these photos, I’d kill for a good coma right now.” And, she added, “Emmy is a natural Alexis. 😂😂” Fans loved the closeup shots of Brooks and Emmy, and they agreed that Tanner made a perfect “David.”

Plus, when comments came about Tanner Tolbert, Jade said, “his transformation was so fun!! Couldn’t stop laughing 🤣🤣.”

What do you think of Jade Roper, Tanner Tolbert, Emmy and Brooks dressing up as Schitt’s Creek for Halloween? Do you agree they “win the Internet?” Sound off in the comments below.