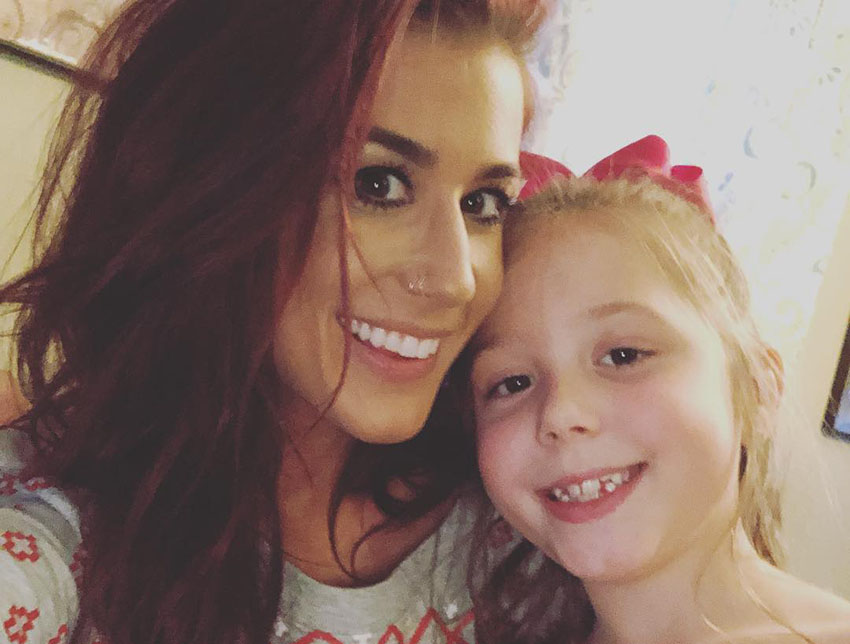 Remarkably, given all the drama in the Teen Mom franchise, Chelsea Houska has been one of the few moms to be on the show since the beginning. While MTV has yet to confirm the star’s departure, her father has. On Friday, October 30th US Weekly reports that Chelsea’s dad, Randy Houska made remarks on Twitter confirming The Ashley‘s report that she is leaving the show.

Consequently, Papa Houska tweets, “Well kids, that’s a wrap. Been a fun run.” It’s hard to believe that some of the Teen Moms have been a part of the show for 14 years or more. Remarkably, Randy acknowledges this in his tweet. He writes, “What’s next? Seriously, tho, it has been a part of @ChelseaHouska entire adult life. We all expanded our horizons and grew as people #NoRegrets See yall on the flip side.”

According to US Weekly, Chelsea broke the news told MTV producers about her decision to leave earlier in October. Furthermore, she told the rest of the cast on Thursday, October 29 while filming the reunion special. Allegedly, she shares that “it is best for her family if they move on from the show”. Additionally, she notes that it “wasn’t an easy decision.”

What’s the future hold for Chelsea?

Without a doubt, the Teen Mom star has her hands full. She is currently pregnant with her third child with her husband, Cole DeBoer. The upcoming bundle of joy will be the couple’s second daughter. Together they have Watson, 3, and Layne, 2. Additionally, Chelsea has Aubree, 10, with her ex-boyfriend, Adam Lind.

Along with announcing she will no longer be a part of Teen Mom, Chelsea shares logo designs for her new home decor line with fans on Instagram. Sadly, the up and coming home decor line, Aubree Says, does not seem well-received among fans reports The U.S. Sun. One follower writes on Reddit, “This just feels like a bad move.” While another follower writes, “This color scheme makes me feel nauseous.”

In other upsetting news, Chelsea’s Instagram followers also attack the interior design of the farmhouse she’s been renovating for the last six months. For example, haters compare her bathroom to a horror movie set. Additionally, they also slam the exterior of her house. One follower writes, “Hideous. With her house budget, she could have chosen something gorgeous. This is terrible and so is the corn field view.”

Ultimately, what’s most important is that the Teen Mom alum is happy with her home. Chelsea exclaims on the renovation page, “I just love it. Crazy to think how close we are to being done!!”  Admirably, she also claps back at the haters, acknowledging that her choice of decor “wasn’t for everybody.”

Fans may be sad that they won’t see Chelsea Houska on Teen Mom 2 anymore. However, given her active presence on social media, several brand partnerships, and home decor line, it is a good guess that they’ll still be able to keep up with her and her growing family.