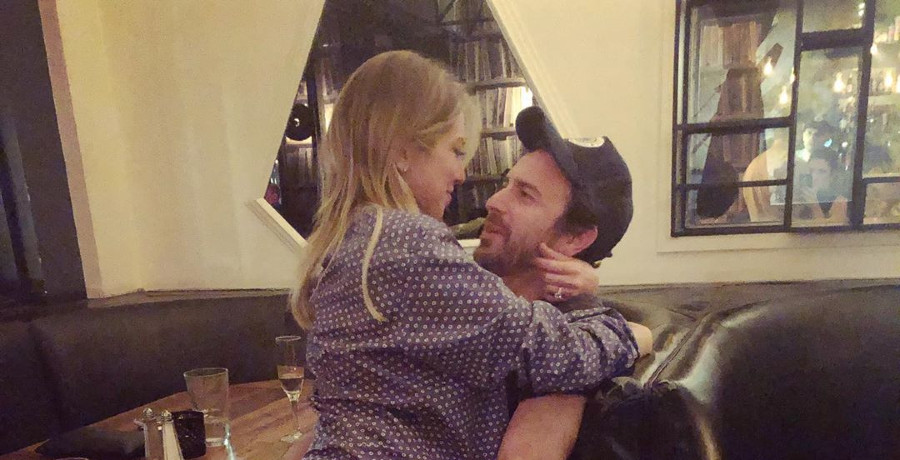 If you’ve been on the internet recently, you’ve likely noticed a bunch of throwback pictures, but it’s not Throwback Thursday or Flashback Friday. There’s a new challenge sweeping social media. It’s a photo challenge showing where you started and how far you’ve come.

What is the ‘How It Started Vs. How It’s Going’ Challenge

In a time of negativity, some people on the internet do what they can to lighten the mood. One social media savvy person recently birthed an entire challenge of positivity. The “How It’s Going” Challenge shows off your personal growth, whether it’s a big life event or a job promotion.

In the challenge, the participant finds an old photo of themselves. Then they compare it side-by-side with a photo that shows where they are in life now. While some people use the challenge humorously, many people use it to tout their personal achievements.

And celebrities aren’t immune to a social media fad.

Actually, celebrities are usually the ones who make the various internet challenges go viral. Even Bravolebrities aren’t immune to taking part. Vanderpump Rules alum Stassi Schroeder posted two photos on her Instagram Stories that show the trajectory of her relationship with Beau Clark.

Bravoholics saw some of the couple’s romance play out on the show. In fact, Stassi’s Pump Rules co-star Kristen Doute is the one who introduced Stassi and Beau. During this last season, Season 9, fans saw Beau finally propose to Stassi.

While the footage aired this year, the actual proposal happened in 2019. The couple were planning a 2020 wedding in Italy, but had to postpone it. They recently held a surprise backyard wedding to make it official before the baby comes. That’s right. The quarantine gave couples a lot of free time. Stassi is just one of many to end up pregnant during the pandemic.

So, the two photos Stassi shared show the progression of her relationship with her now-husband. The first slide is a screenshot of a text message from 2017. In the message, Beau writes, “I like you so much via text message what’s going to happen when we actually have to talk to each other in person again?”

In bold letters, Stassi wrote “Beau” with an emoji pointing at the message to indicate it was from him. The date at the top, August 27, 2017, is circled.

In the next slide, Stassi shows off her bare baby bump. She is due in January, so she is really showing.

While Stassi was the first to announce her pregnancy, several of her Pump Rules co-stars joined the club. In fact, Scheana Shay just announced this week that she is pregnant again. The “Good as Gold” singer miscarried in June, right around the time Stassi made her announcement.

The Basic Bitch author had just been fired from Bravo after her racially insensitive behavior came to light. Scheana waited a few weeks to reveal her pregnancy and subsequent miscarriage so as not to steal Stassi’s thunder.

In September, both Lala Kent and Brittany Cartwright made their own separate pregnancy announcements. Lala, Brittany, and Scheana are all due in April of 2021.

Beau Reveals When Their Baby Girl Was Conceived

Fans were shocked by Stassi’s June announcement. While she previously said she wasn’t NOT trying, fans didn’t expect her to get pregnant so quickly. Beau was a recent guest on Lala’s podcast, Give Them Lala…With Randall [Emmett, her fiance.] During the podcast, Beau chatted with his co-host, Jax Taylor, about the pregnancy.

According to Beau, the baby was conceived around Easter, per Us Weekly. After they conceived, Beau’s mom had an odd dream about being called a “maw maw.,” though she didn’t know Stassi was pregnant.

While Beau was happy about the news, he was also “numb” to it because of the coronavirus pandemic.

Fans won’t be able to see Stassi’s pregnancy journey on Vanderpump Rules. Bravo has yet to announce if the show will even come back at all.