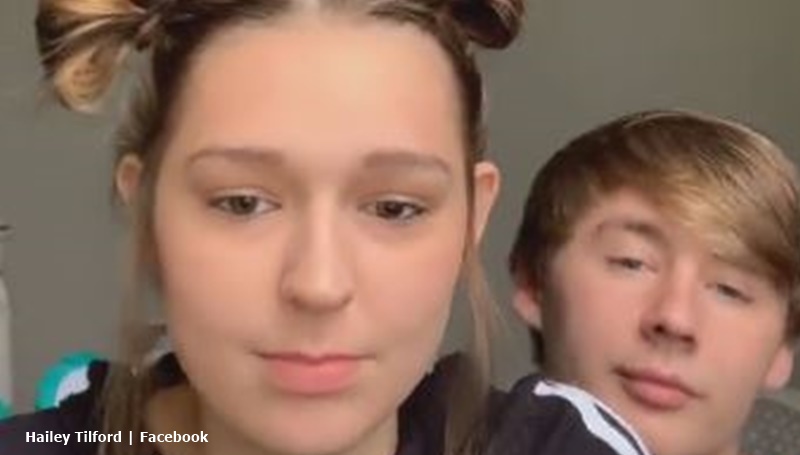 Unexpected fans saw that Hailey Tilford and Cole Smith went onto Facebook and shared their first Live in a Q&A. She talked about all sorts of things, including a recent visit to the hospital. She revealed that she’s not pregnant again. Plus, a very strong hint came that they seriously think about getting married.

Cole Smith first appeared on Hailey’s social media when her family held a baby shower for Baby Levi. At the time, Matthew Blevins denied he fathered the child, and the couple split amid bitter recriminations. It turned out that Cole and Hailey knew each other from high school. Since then, they made their relationship as boyfriend and girlfriend Instagram official.

More recently, the couple moved into an apartment together. Fans adore the idea of Cole and Hailey dating as he seems like a very sweet man. He works, and he takes care of her and Levi. And, he stepped in to provide a dad to Levi even though he never fathered the Unexpected child. Now, they seemingly plan on getting married.

one guy; a thousand feelings 💛

Hailey waits for Cole to buy her a ring

TLC Unexpected, The Good, The Bad & The Ugly shared the Live on Facebook. During the Q&A, fans asked if they plan on getting married. In the background, Cole said, “One day.” Then, Hailey started talking about a ring. In fact, she said she “waits” for Cole to buy her one. Then, she added that he really doesn’t know a lot about rings. So, she asked people to “DM him” and send in examples.

Fans love that her face lit up at the thought of marrying Cole. While he never gave a date, it looks pretty certain that they seem set on that road. Both of them also talked about Cole being Levi’s dad. And, apart from the fact, he didn’t donate the sperm — Matthew did — he really is. When Unexpected fans asked to see Levi, Cole fetched him and called him, “my boy.”

One fan wrote, “The fact that you just said cole is Levi’s dad made me smile 😃.” Another person wrote, “I’m glad that you found cole. He seems like a good guy for you and a good father to Levi. It takes a special person to step up like that.

the 3 of you make a beautiful little family.” Many others agree Cole is a special person.

What do you think about the news that the couple seriously plans on getting married one day? Do you agree that could be the best news that ever came out of TLC’s Unexpected show? Sound off in the comments below.