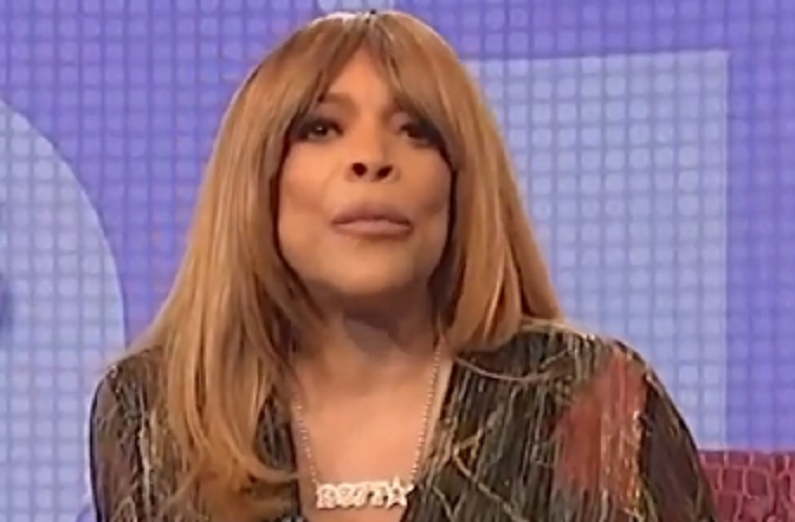 In the video, Wendy discussed singer Adele’s return to Saturday Night Live during her Hot Topics segment. But fans weren’t focused on Adele or her incredible weight loss. They couldn’t help but notice the way Wendy acted during the segment. Some think she appeared inebriated in front of her live audience. And they’re not the only ones who are concerned.

The daytime talk show host had fans concerned over the clip. Many of them took to the tweet to share their thoughts. Most of them shared well wishes for Wendy. Others didn’t understand why she’s working while under the influence.

Wendy received an outpouring of support from fans. However, there were some trolls in the post. One accused the former radio show host of looking “high” on television. Another one suggested that she should stay off “that booger sugar.” Despite the trolls, it’s clear that most fans were concerned about her.

“Wendy, please stop self-medicating and get some help,” one fan wrote. “I can’t even look at you anymore.”

Former DJ revealed that her staff is “afraid to speak up”

Wendy Williams’ former disc jockey, DJ Boof, shared his thoughts on social media on Sunday, October 25. He has a feeling that Wendy is not doing well. He made the comment while responding to a fan who suggested that the show should shut down production.

“Wendy you need to stop your show and seriously get help,” the fan wrote on Instagram. The user accused her production of “just watching you spiral instead of sending help shame on them.” That same viewer said they will not watch her show until Wendy seeks help.

DJ Boof responded to the fan, writing, “Y’all have no idea what’s really going on and everyone there is afraid to speak up because they don’t wanna lose their jobs.. this is going to play out bad.. I feel sorry for the workers and victims.”

Wendy has kept quiet about her drug addiction. Last year, she entered a sober house after battling an addiction to an unspecified substance. She entered the treatment facility after she divorced her ex-husband, Kevin Hunter, after 22 years of marriage.

Source: “There is something very off”

Several sources have talked about Wendy Williams. They claim that the 56-year-old has been in a “very dark place” since premiering Season 13 of The Wendy Williams Show last month. One insider told OK! Magazine that staff are scared to witness a breakdown on national television.

“Her behavior is erratic and getting worse each day,” the source told the outlet. “The staff are at a total loss and frightened to go to work each day.”

Vote using the link in our bio! #PCAs 🏆

It’s even hard for members of staff to speak with Wendy. They can tell she’s not in a good place, but they can’t do anything about it. Executives have to run repeat episodes on days when Wendy is incapable of hosting an entire show.

“Some days things are so bad that they pull the plug altogether on the live show and air a repeat instead,” the source continued. “They are also pre-taping lots of ‘evergreen’ shows, that are not date specific, and can air whenever Wendy isn’t well enough to go on.”

Unfortunately, Wendy is battling her addiction all on her own. Most of her friends are “enablers,” adds the source. The on-set source also said that Wendy’s thyroid disease medication has since stopped working. She’s going through a secret pain in her life and “this isn’t going to end well” if she doesn’t get help soon.