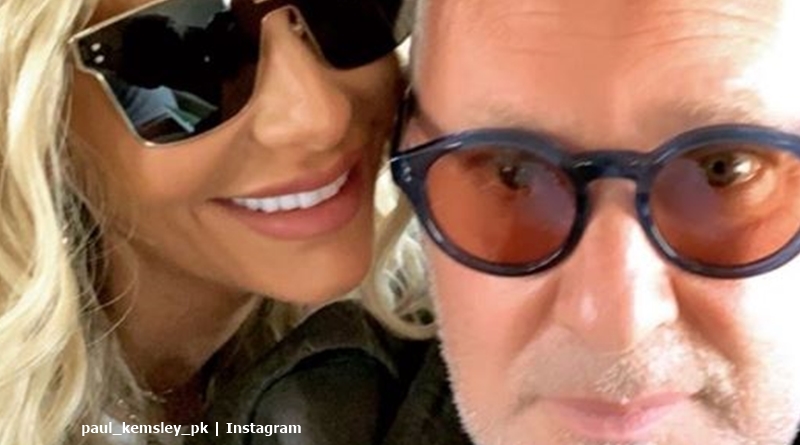 RHOBH usually focuses on the women in the Bravo show. But, some of the men also get their fair share of screentime. And, PK Kemsley often pops up, helping the ladies keep their drama going. Notably, he seems rather protective of Dorit. Now, he shared a photo of Dorit, and a troll popped up. He slammed them and suggested they need “brain surgery.”

We reported that PK stood by Dorit throughout the big drama of “puppygate.” Recall, Lisa Vanderpump’s last season on the show brought much drama about the dog. In fact, when Todd and Lisa reached out to talk it over, he still believed Lisa told lies when she denied leaking it to the media. And, a friendship evaporated. Lisa left, and the show does on without her. But, fans saw other instances when he defended Dorit on Real Housewives of Beverly Hills.

Now, not holding back, PK slammed a troll. It came when he shared a photo of Dorit. Sounding very proud of her, he wrote, “RHOBH taking it to the next level with this Hot Housewife … her name is Dorit and she’s my wife and the mother of my kids ❤️.” Actually, many fans thought Dorit looked stunning. But, one of them trolled and tried putting him and his wife down.

One follower came out with a nasty comment against PK. They wrote, “Why did you not make her feel secure enough in her old face? True love does not lead a woman to the surgical room.” Well, PK came right back at them and denied Dorit went for facial surgery. He said, “my wife…never had surgery on her face.” Then, he said, “if I could see an image of you I could make an assessment as to whether you need it.”

Next, came the slice and dice on the RHOBH troll. PK Kemsley ended with, “…based on your moronic comment…some sort brain surgery may be a good option.” Well, on the troll’s profile, they used a photo of Rosa Parks, the civil rights activist, instead of their own photo. That might explain why PK also said, “happy to advise on the face as soon you let me see it.”

Fans who love PK’s comebacks commented. One said, “7 snaps in Z formation. 😆 I love an ignorant comment, as it means a PK response 🤗.” And, another comment told off the troll: “They seem very supportive of each other and PK lets Dorit do what makes her happy and supports her in it. He was willing to walk away from a long friendship with vanderpump to stand next to his wife. Which is what a gentleman does.”

Do you agree that trolls pick on the wrong RHOBH stars when they attack Dorit and PK Kemsley? Sound off in the comments below.

Savannah Chrisley Secures Her Back-Up Baby Daddy: Who Is He?
Hannah Brown Trashed By Fans For Fluffy Pink Dress
Quick And Twisted: ‘Survivor’ Is All New Due To COVID
Tom Schwartz Says He’s ‘Working’ On Two Babies
Todd Chrisley Is Proud Of His Baby Boy Grayson & Here’s Why