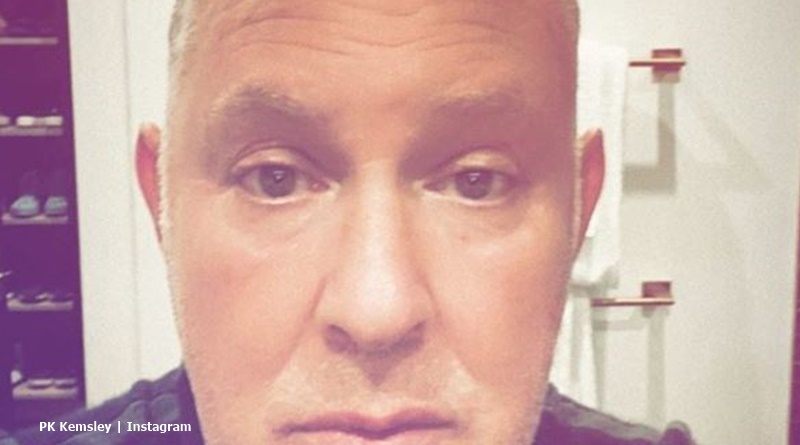 Hot news runs around social media right now, as PK Kemsley, the husband of Dorit claims he featured in The Titanic. Well, some fans don’t believe him, so we went and checked it out. Most people seem totally unaware of it at all, so interest surges around whether he really acted in the famous movie or not.

‘RHOBH‘ fans hear about PK Kemsley acting in The Titanic

Bravo fans know that PK’s seen quite a lot on Real Housewives of Beverly Hills. In fact in the finals season with Lisa Vanderpump, he and Lisa cashed over Dorit’s rescue dog. You might that scene where they all tried making nice over an outdoor table. But, PK upset Lisa’s husband Ken Todd as he still thought Lisa leaked the story to the press. And we reported that later, during the Bravo Convention, PK shaded Lisa about wearing the crown of the show.

So, RHOBH fans feel very familiar with PK Kemsley. But, none of them ever thought he featured in the opening scenes of The Titanic. So, how did all the speculation arise? Well, PK took to his Instagram Stories on Sunday and shared a screenshot of the opening scene. A follower sent it to him. They wrote, “I am watching the Titantic and wondering if this is Paul Kemsley?” Well, he replied to it, saying, “It is.”

An Instagram page, Queens of Bravo shared the opening clip which revealed the same man as the person the Story showed. He stood on the dockside next to the ship, holding a young girl. They captioned it with, “PK is in the opening scene of Titanic!” But, some fans accused the fansite of lying. And, one person wrote, “It aint him-hes kidding, its Rocky Taylor.” And another follower named Carol Johnson Godett noted, “The short girl right next to him in the black hat is me! Don’t think it’s him.”

Interestingly, the RHOBH star’s name is not listed on the full cast list over on IMDb. And, we can’t find it anywhere else either. But, Rocky Taylor’s name’s there, as he took the very small part of Bert Cartmell. The outlet extracted Rocky’s scene as :

So, it looks like PK Kemsley didn’t act the role of the man holding the child in the dockside scene. Mind you, the cast and production list on IMDb doesn’t show Carol Johnson Godett’s name either. So, there’s always a very small possibility that PK Kemsley might also be just another unnamed face in The Titanic.

What do you think? Is PK Kemsley just kidding? Sound off in the comments below.

Wait, Why Isn’t A New Episode Of ‘Seeking Sister Wife’ On?!
Candace Cameron Bure Puts On A Leggy Display At The Poolside
‘Sister Wives’: Is That Gwendlyn Brown’s Girlfriend?! [Pic]
Trent Johnston Whips Out His Blower To Spice Up Lunar Celebration
‘Bringing Up Bates’ Stars Zach & Whitney Bates Welcome Baby No. 4