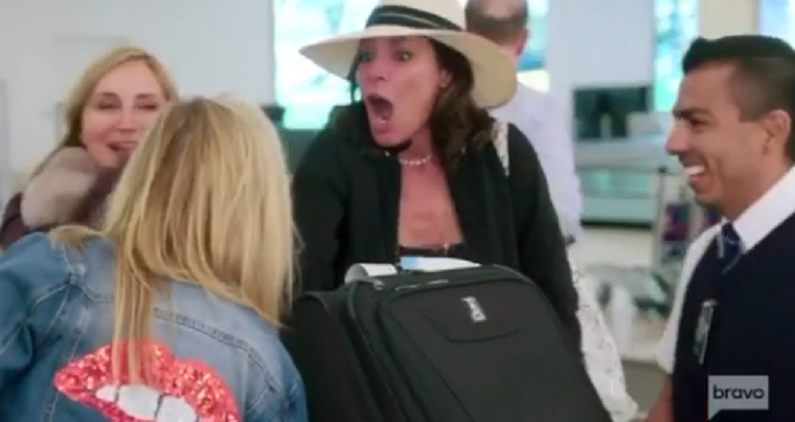 RHONY Season 13 was a no-go at first. While the cast is COVID-19 free, production shut down for two weeks. A crew member tested positive for coronavirus. One of the reported women fell sick about two weeks ago.

However, Luann de Lesseps, Ramona Singer, Sonja Morgan, Leah McSweeney, and newbie Eboni K. Williams are all fine and healthy. However, that didn’t stop Daily Mail from speculating that one of the women tested positive. The British tabloid wouldn’t reveal the identity of the woman.

But it turns out that it was a member of the crew, not one of the RHONY co-stars.

On Friday, October 23, an insider confirmed to Page Six that all five cast members of RHONY are fine. None of them have tested positive for the nearly-fatal virus. Production was “limited” and “not completely shut down” after the COVID-19 outbreak. But the cast is healthy despite the conflicting Daily Mail report.

A second insider told Page Six that the network is investigating the situations. It’s enacting precautions to keep both the cast and crew safe. The women will have to take a test before filming any scenes. The RHONY cast members just filmed in the Hamptons where there’s always drama.

Everybody is fine now, but any guesses on who it was? UPDATE: According to @bricesander the shutdown rumor is NOT true! • #rhony #coronavirus #bravotv #realhousewives #rhobh #rhod #rhop #rhoa

Did Bravo shut down production?

Earlier on Friday morning, Daily Mail reported that RHONY for two weeks. The report claimed that one of the cast members tested positive for the virus. It claimed that the mystery woman fell ill. But Daily Mail wouldn’t reveal the identity of the supposed cast member.

But then a source close to production confirmed to the tabloid that “all of the women are now healthy and COVID-19 negative.” The insider said that all of them filmed at Ramona Singer’s home in Southampton. Bravo wants to ensure the safety and health of its cast and crew.

“Production goes to great lengths to keep everyone safe, so as soon as the diagnosis was revealed, filming immediately stopped,” the anonymous source added.

How will Season 13 hold up?

The conflicting reports come as attorney and television host Eboni K. Williams joins the show as the first Black cast member. The 37-year-old is unique since she’s not married with children. She also holds a law degree from Loyola University New Orleans and worked as a correspondent for CBS News. She currently hosts the program State of the Culture on Revolt TV.

Although Tinsley Mortimer and Dorinda Medley are no longer on the show, “Season 13 should be interesting,” claims the source. Luann is going to have a rough season since she can’t fall back on her cabaret shows. She has since stolen Dorinda’s health coach, Dr. Daryl Gioffre, in order to have a storyline.

“Luann has also latched onto the newest housewife, Eboni, in a last-ditch attempt to stay relevant,” the source continued. “You can tell she is worried this is her last season.”

Thankfully, the cast members are all okay. It looks like there will still be plenty of drama in Season 12. Fans have been calling for a cast shakeup since the previous season. Are you looking forward to RHONY Season 13? Sound off below in the comments section.