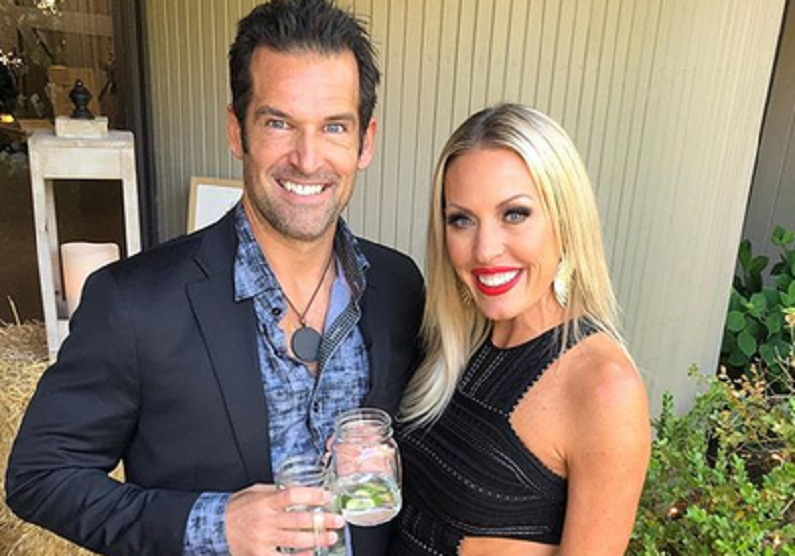 Braunwyn Windham-Burke and Sean Burke have been the center of divorce rumors. The rumors swirled last month when the RHOC star held a Zoom meeting on divorce and co-parenting. Fans assumed that she ended her long-term marriage. Although the couple is living separately, they’re happier than ever.

Braunwyn revealed that they’re focusing on themselves during this time. She also remains unbothered by the rumors surrounding her husband. Now, rumors are swirling about his sexuality. It all started when one fall speculated about Sean. But Braunwyn quickly shut them down with a simple response.

Braunwyn Windham-Burke had the perfect response over the speculation about Sean Burke’s sexuality. On Monday, October 19, the 42-year-old shared an adorable photo of herself with her husband. The couple was all dressed up as they lovingly stared into each other’s eyes. Braunwyn captioned the photo with a simple red heart emoji.

The photo received praise from RHOC fans. However, one online troll claimed that Sean is “gay.” The Bravo personality clapped back with the response: “No sweetie, that’s me. He’s straight.” Earlier this month, Braunwyn Windham-Burke revealed that Sean moved out of their family’s home.

During that same interview with Entertainment Tonight, she also hinted that she’s dating someone “special.” But she wouldn’t reveal who that person is. She just added that there are “no other men” in her life.

“There’s someone in my life right now that make me happy and I smile and just thinking about it, but I kinda want to protect it right now,” Braunwyn said. “I’m not quite ready to put it all out there, everyone in my life that knows me knows what’s happening.”

Braunwyn is happy with this person. But she’s also happy in her marriage. She has no intention of divorcing Sean. The couple has “every intention” of “growing old” and raising their family as usual.

Braunwyn Windham-Burke comes to terms with her own sexuality

The television personality is currently examining her own life amid their separation. In an interview with Access Hollywood on Tuesday, Braunwyn Windham-Burke said she has rediscovered herself after announcing she was an alcoholic. On the RHOC Season 15 premiere, Braunwyn made the shocking admission. She realized that she hid her sexuality under the guise of alcohol.

“I’m also coming to terms with different parts of my sexuality that I never really gave myself the grace to consider,” she said. “Right now I’m protective of this, I’m not blasting it out everywhere, but there’s definitely parts of me that I quelched with alcohol and I never really admitted to myself.”

Braunwyn also admits that she still loves Sean. Their new living arrangements have greatly improved their marriage. She exclaimed that they “get along great, we’re getting along better than we ever have.” The couple is currently “redefining” their marriage during this time.