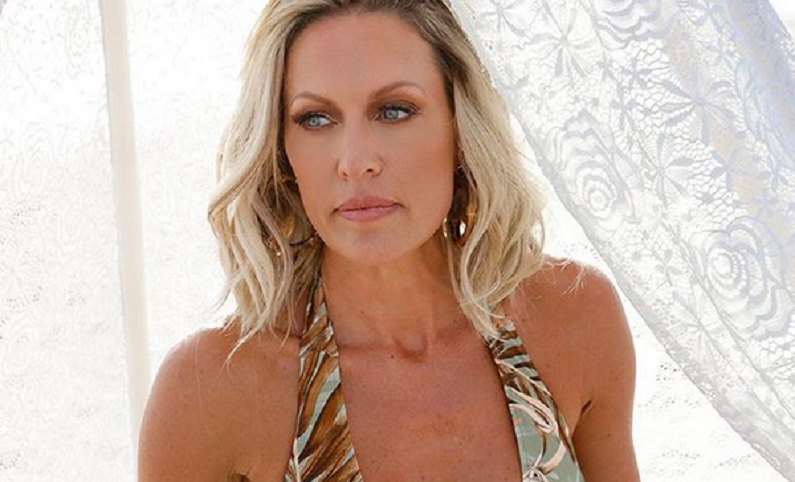 RHOC star Braunwyn Windham-Burke confirmed that she’s no longer living with her husband Sean Burke. This comes amid the split rumors. TV Shows Ace previously reported that Braunwyn talked about her unconventional marriage. She took to Instagram to reveal that she has a “modern marriage” with Sean.

She also denied the divorce rumors. At this point, everyone has inserted themselves into the couple’s marriage. Fans have been wondering if the couple is approaching the end of their relationship. RHOC alum Vicki Gunvalson even shared her thoughts on the matter.

Following the rumors, the Real Housewives of Orange County cast member confirmed that she and Sean are living separately.

RHOC star is no longer living with husband Sean Burke

Braunwyn Windham-Burke and Sean Burke are no longer living together. This comes amid the rumors that the couple quietly split. In a new interview with Entertainment Tonight’s Lauren Zima, the reality star confirmed that they’re living separately. The couple wants to redefine their marriage.

“Is any man living in this home right now?” Lauren Zima asked Braunwyn Windham-Burke. Earlier on in the interview, the RHOC star gave a tour of her home for Entertainment Tonight. However, Lauren noticed that Braunwyn’s closet only contains women’s clothing and accessories.

“No,” Braunwyn simply responded. But Lauren wanted to know more.

“So, your husband’s not living here right now?” Lauren asked.

“No, he’s not. He’s not living here right now [but I] love him dearly,” Braunwyn explained. “We haven’t gotten along this well in a long time. We’re redefining what marriage means to us. We’re not following the old, antiquated rules anymore.”

“Does that kind of make things exciting?” Lauren questioned.

“So good. So good,” Braunwyn said with a smile.

Braunwyn has been very open about her marriage. She previously said that she only has one rule for their semi-open marriage. She revealed that there are “only hot girls allowed.” But when Braunwyn was asked about a potential new relationship, she only confirmed that she’s not seeing any other men.

“I will say this, there’s no other men in my life,” she responded.
“So is there another woman in your life, Braunwyn?” Lauren suggested.

The blonde beauty only smiled and jokingly pointed back at the host.

Earlier this month, Braunwyn Windham-Burke and Sean Burke flew to Puerto Rico to vacation with friends. On her Instagram Stories, she shared a steamy photo of herself with her husband captioning it “Modern marriage.” Then she took to her feed to share a photo of herself with her legs in her husband’s lap. In the comments section, Braunwyn’s mom, Dr. Deb, praised her daughter’s unconventional relationship.

During the interview, Braunwyn talked about the season premiere of RHOC, in which she admitted that she’s a recovering alcoholic. But she’s unsure if she’ll return next season because “currently I’m not speaking to anyone on my cast.”

What are your thoughts on Braunwyn Windham-Burke and Sean Burke living separately? Sound off below in the comments section.