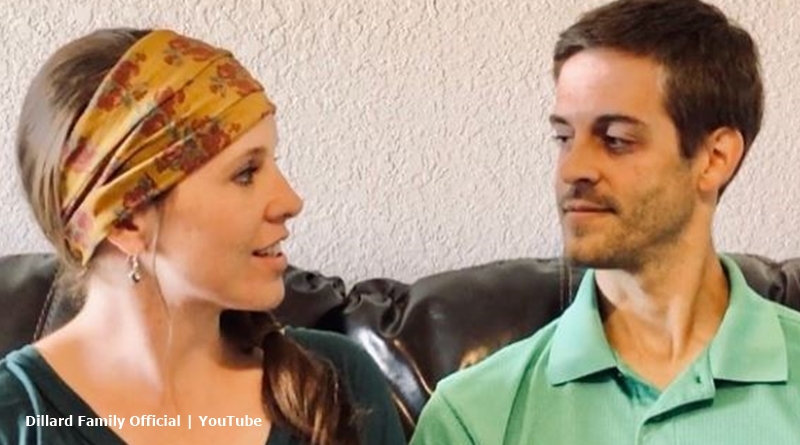 Duggar fans heard from Jill that she and Derick quit TLC because they felt they had no control over their lives. And, fans already suspected for a long time that bad blood between the family brought a lot of tension. Notably, special holidays saw the Dillards celebrating with friends rather than family. Now that Jill went public about leaving the show, will Jim Bob and Michelle ever kiss and make up with Jill and Derick?

We reported that Jill spoke about how she and Derick simply couldn’t plan their own lives. They might decide on a new job, or a new direction. But, it always seemed that the 19 Kids and Counting, or the Counting On show got in the way.  Jim Bob made a lot of decisions for them. She told People that they became fed up with it. So, they opted out.

Jill said, “Our control to choose what jobs we were allowed to accept and even where we were allowed to live was taken away from us.” Plus, some Duggar fans believe that even their decision not to have loads of kids went against the parental wishes of Jim Bob. Apparently, when Jill and Derick left the show, basically, they also left the family. It all sounds rather sad that people who profess to be Christians held a grudge against Jill and Derick.

Jim Bob and Michelle still not besties with Derick and Jill

When the Duggar parents responded to the estrangement between Jill and themselves, it clearly emerged that things still remain awkward between them all. They said, “Every family has differences of opinion and perspective at times, but families work things out. We all love Jill, Derick, and their boys very much. It is our prayer that our relationship is healed and fully restored quickly!”

Well, it’s been three years since Jill and Derick left TLC. That’s a lot of time that passed with bad feeling between the family members. But, as InTouch Weekly noted, Jill said, “I can’t put a timeline on healing.” Unfortunately, Jim Bob and Michelle sit around praying and hoping for their “restored relationship.” And, that could go on for years to come. Maybe a simple “sorry” would bypass years of painful praying knees.

In most families, the parents wouldn’t try and force their adult married kids to star in a reality TV show. But, in the Duggar home, what Jim Bob wants from the kids, Jim Bob apparently gets. No doubt, he views Jill and Derick as rebellious and disobedient.

What do you think about Jill and Derick speaking openly about their family estrangement? Do you think Jim Bob Duggar  will ever step back and just say “sorry?” And, let Jill and Derick make their own decisions? Sound off your thoughts in the comments below.