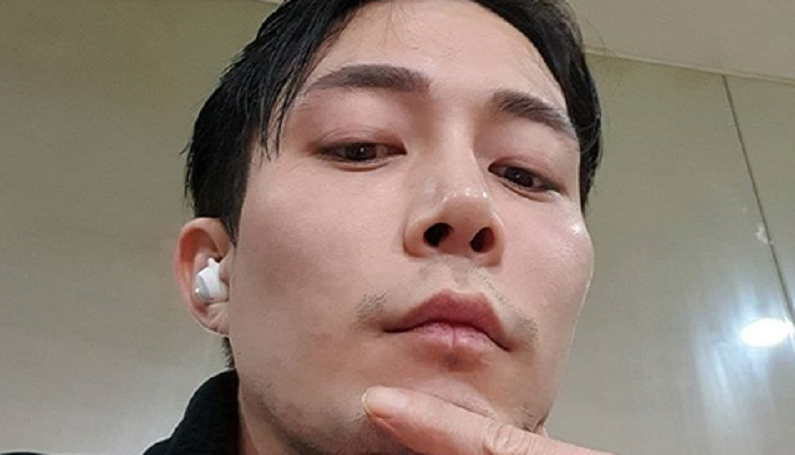 90 Day Fiance star Jihoon Lee shocked fans with his latest selfie. The TLC star took to Instagram to share his new look. He may have also hinted about his nose job. Jihoon decided to share the news rather than let his followers speculate on his new look.

Some would say that he looks unrecognizable in his latest photo. Jihoon has been making headlines for his split from ex-wife Deavan Clegg. Earlier this year, he confirmed that their marriage is over. She has since moved on with a new man, which she dropped hints about on social media.

Their split has led him to focus on himself. The reality star has fans talking about his looks.

On Thursday, October 22, the 90 Day Fiance: The Other Way star took to Instagram to post a selfie. In the photo, Jihoon rocked a black T-shirt with a black North Face jacket. He also rocked thick eyebrows and wet hair. Jihoon certainly looked different in the recent photo.

In the caption, he might have hinted that he got a nose job. He included the hashtags: “#selfie #셀스타그램 #일상 #nosejob.” Followers noticed that Jihoon has been looking very different these days. But in his latest selfie, he’s barely unrecognizable.

He previously admitted to getting work done on his nose and getting his eyebrows tattooed. But there’s more to his look than just eyebrows and a new nose. Some would say that his eyes look wider than before. In addition, his face looks more chiseled.

Some fans joked that he’s following in Deavan’s footsteps by using a combination of filters and fillers. But Jihoon’s new hairstyle could also play a part in his new look. This comes after the latest episode of The Other Way where he told Deavan that he’s a “fashionista.” This came after she complained that he has more clothes than her.

His photo did get the approval from the 90 Day Fiance fans. The post received over 10,000 likes and over 900 comments. Jihoon took to his post to share some of his skincare tips. He said that he keeps it “simple” by wearing sunscreen every day. Then he revealed that he misses his son, Taeyang.

But that’s not all. Jihoon had more to say on his situation with Deavan. He told his fans that he doesn’t care about the comments on his nose or eyebrows. He only cares about what people say about his son.

“I tried so hard [to] calm down but if you talking about my son s*** I’m fkn p***ed off,” Jihoon wrote. “If you don’t know anything stop talking s*** about my son. If you did it to get my attention, you would have succeeded.”

Then the Korean native wrote, “Well, I don’t need [a] girlfriend now just I need my son.” Jihoon received a lot of support over his new photo and the love for his son. Here are some of the comments:

The fans agree that Jihoon has had a glow up. His latest selfie and comments came after Deavan alleged that he abused her children. The couple will not appear on the Tell-All episodes of The Other Way due to the ongoing legal matters.

What are your thoughts on Jihoon’s new look? Sound off below in the comments section.