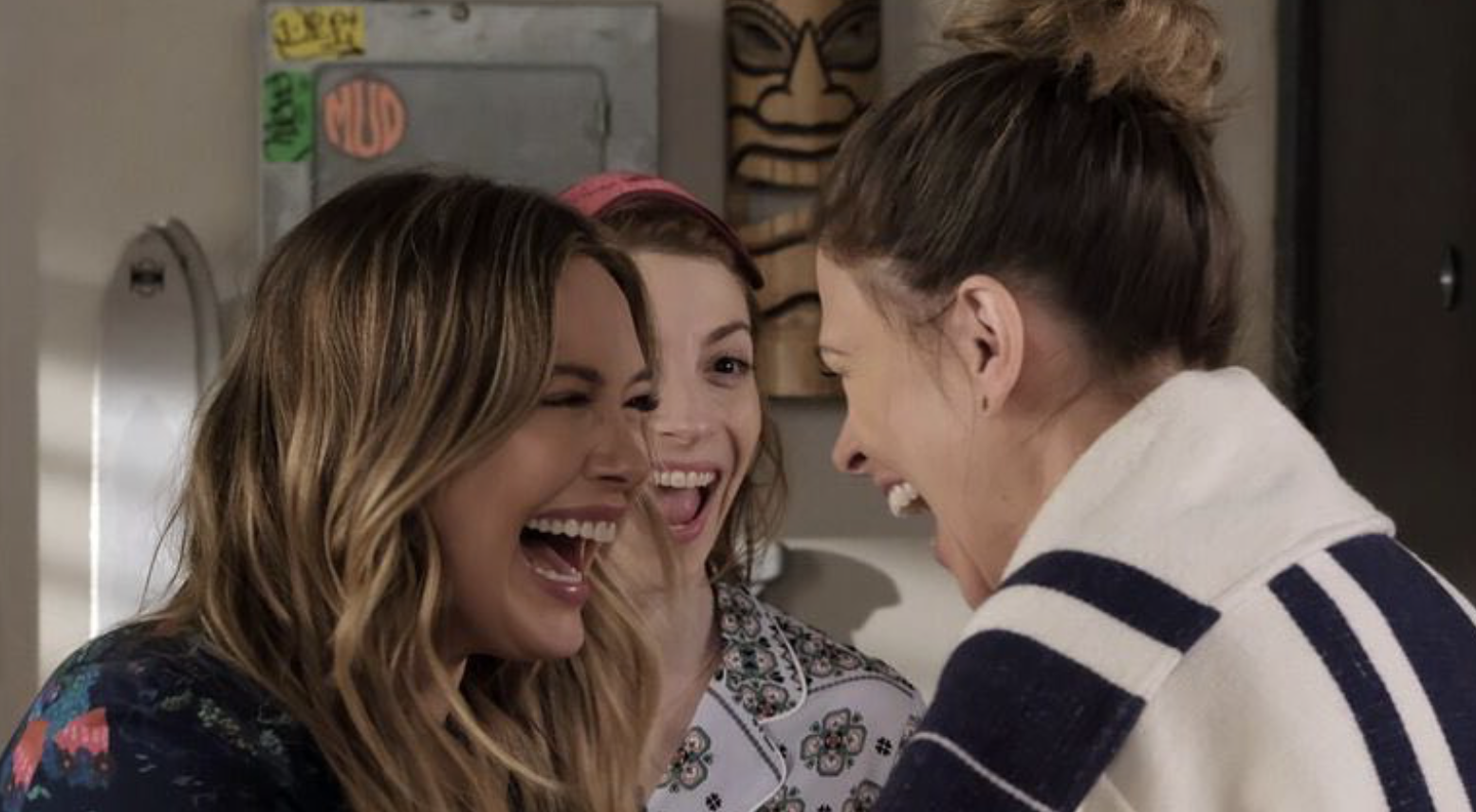 Younger Season 7 is currently filming what is expected to be the final season. This means the last episodes of Kelsey Peters (Hilary Duff) and Liza Miller (Sutton Foster) at the helm of Millennial.

But, are Hilary and Sutton friends IRL? Sutton Foster shares a bit about their special friendship. The two-time Tony winner also reveals whether she is Team Charles or Team Josh.

Are you ready to know?

Younger star Sutton Foster recently spoke to E! News about the upcoming, and likely final season of the TVLand show. First, she talked about her relationship with Hilary Duff, her onscreen BFF.

Turns out, the two are great friends in real life. Sutton shared that a year ago, she spent a couple of months in Los Angeles with her family. Sutton and her daughter Emily, and Hilary and her daughter Banks enjoyed a few playdates together and exercised together. Sounds like something right off the show!

In addition, back in December, Sutton had her girl’s back when Hilary married Matthew Koma. She was there to celebrate in Hilary and Matthew’s big day.

So, who does the Younger star want to see with Liza? Charles, the dashing publisher or Josh, the exciting tattoo artist? Foster is more reflective. The Bunheads star admits that “it’s such a hard question.” It seems like she is as conflicted as Liza is herself.

It was then that Sutton shared that she is rooting for “Team Liza.” She further explained, “Like, I do believe that she…I just want her to feel like she has a sense of herself and her career and feels empowered on her own. So, I think I’d like to see that.”

So, when will fans get to see the final season to see which hunk Liza does pick?

When Is Younger Season 7 Starting?

Right now, TVLand has not shared when they plan on releasing Season 7. It could certainly be as early as February 2021, if they are able to complete the ten episodes. But, it is likely that no one wants to get ahead of themselves right now. They want to finish Liza Miller’s story.

The good news is that Younger Season 7 just started production the second week of October. They are in Brooklyn, NY and practicing safe filming during this unprecedented time.

In addition, Darren Star and Hilary Duff have already talked about a Younger spinoff. This would continue Kelsey’s story. Will anyone else who is currently on the show be on the spinoff? Star has not said anything.

Likely, if there is more information on a spinoff, it will be after the final Younger Season 7 episode is aired. Any information on the spinoff could spoil the current storyline.

Meanwhile, fans are debating and waiting to see who Liza picks. Could she pick door number three and move on from both men? We will have to find out!