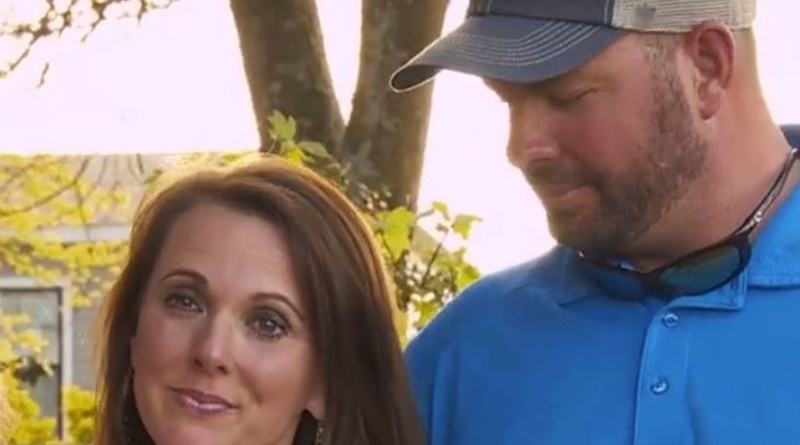 Sweet Home Sextuplets returned to TLC on September 29. Those nine children in the family seem like a handful at the best of times. But, with them all living in a trailer during COVID-19, they struggled a lot more with all the chaos. But more than that, they also worried about their finances a lot.

We reported that Courtney struggled a lot because nobody could pop in and help out with all those kids. So, the pressure really hit Eric and Courtney a lot. Plus, they never got away to the park so the kids couldn’t blow off energy much. But, on the upside, the older boys went fishing with their dad a lot. In fact, they hope for more of that type of activity in the future.

Now, the Sweet Home Sextuplets show revealed more problems visited the family. With everyone bulk-buying, they ran out of diapers. No wonder Courtney tried hard with potty training all the little kids. But, that failed, so the situation became desperate. However, Meaww reported that she reached out to fans and the community, who generously offered them enough. But, their worries didn’t end there.

Courtney and Eric struggle when people panic buy for coronavirus. Watch a new episode of #SweetHomeSextuplets tomorrow at 10/9c. pic.twitter.com/ndv8xjIJSr

Fans of the TLC show know that Eric makes a living by running a landscaping/gardening business. So, Eric became increasingly concerned about no work coming in. After all, nice lawns and flowerbeds might seem a luxury. And, most non-essential luxuries were hard hit. In fact, they worried so much that they consulted with a financial planner. But in the end, it turned out that the business became declared an essential service. So, all the worry fell away.

Sweet Home Sextuplets fans know that the TLC cast receives payments for the show. But, the network’s not known for paying out huge checks. And, given that the Waldrops feed 11 people, including the adults, their grocery bill is probably astronomical. Notably, the Waldrop’s God’s Divine Divine shop probably wouldn’t make enough money if Eric stopped working.

Fans felt for the family

Watching Eric and Courtney cope with the virus made a lot of fans feel some empathy. On Twitter, one fan noted, “I really appreciate all these reality shows that show us what we are all going through it’s tough. stay safe.” And another Home Sweet Sextuplets fan wrote about the quarantine, “So heart wrenching to see Popsie only being able to see the kids through the windows! Courtney and Eric are handling things so well!”

Are you happy to hear that Eric continued his business, so they managed financially? Imagine worrying about nine kids, quarantine, and bank balance! People with just two kids stressed about that. Sound off your thoughts in the comments below.