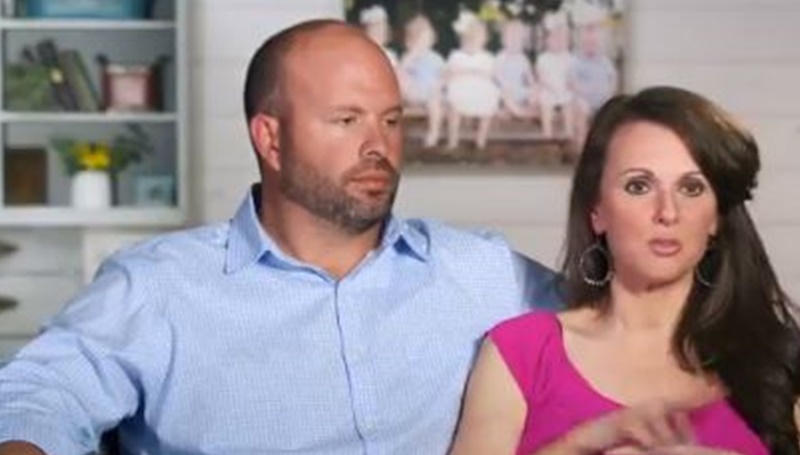 Sweet Home Sextuplets just hit the screens again as TLC premiered a new season on September 29. Fans often see mom Courtney struggling with her sextuplets plus three older kids. In fact, chaos ensues often. But she struggled a lot more during the quarantine. And, bear in mind, they lived in the trailer home at that time.

In the current season, fans see that most of the time, the family lives in their trailer home. It all came about because of the home renovations. And, at first, it looked like a good temporary solution. But, we reported that the family faced a terrifying situation as Alabama tornados threatened. Plus, all the babies outgrew their cribs at the same time. In fact, already jam-packed, they needed new beds.

So, it never really turned out a very blissful experience. But, the Sweet Home Sextuplets family look back now and explain that not all the times were bad times. However, Courtney struggled a lot. And the reason for that seems rather simple. Quarantine meant nobody could pop in and help out with all those kids. Fans of TLC know that the Bubsy’s from OutDaughtered often get a helping hand from Uncle Dale and Kiki. So, large families could use a lot of help. And, Courtney raises three more kids than the Busby family.

Courtney Waldrop struggles with no help

Ahead of the premiere, Hollywood Life spoke exclusively to Eric and Courtney. On the upside, the family spent a lot of time outdoors. Eric liked that aspect, and noted that he and the boys went “fishing.” The sports-crazy family found alternatives to watching baseball. And, Courtney says they got a new appreciation for the outdoors. But, on the flip side, she battled with all the kids as all her family and friends were cooped up at their own places.

It looks like in real life, Courtney and Eric get a lot of help with the kids. The Sweet Home Sextuplets mom said, “people…come over and help me .” In particular, her mom and dad help out a lot., Friends also help out whenever they can. In fact, people constantly pop in and out assisting with kids. But as Courtney noted, “No one was coming over.” Things eased up a bit since then, and, the older bys sometimes talk about the good times out fishing with their dad. It looks like the slower pace of life went down quite well with them.

Parents with just one or two kids sometimes speak up on social media and talk about how hard quarantine felt. Juggling the kids brought a closer family, but they found it exhausting. Imagine how Courtney of Sweet Home Sextuplets felt with nobody helping out!