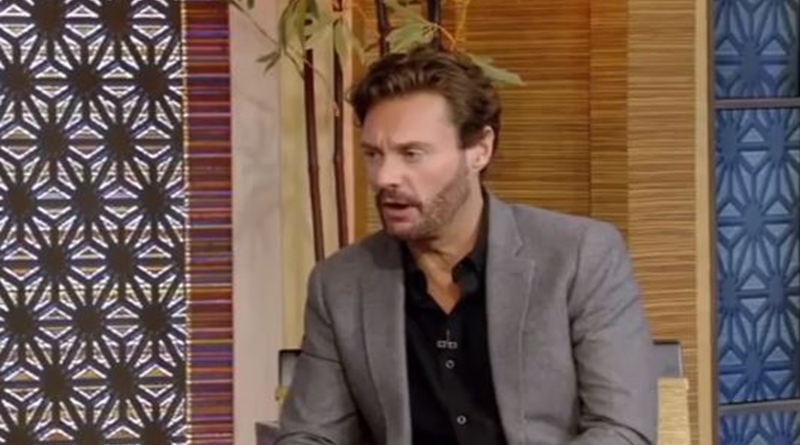 The LIVE With Kelly and Ryan show aired on Monday morning without Ryan Seacrest. Kelly said that he took the day off. So, some fans wondered if he contracted COVID-19. These days that seems the first thought that comes to mind. Now, the news arrives that he tested negative for the virus.

LIVE With Kelly and Ryan fans worried about COVID-19

We reported that fans expressed concern about Ryan Seacrest. Kelly mentioned his absence on the show’s Instagram. At the time, she never explained his absence. Some fans thought perhaps he went off filming with auditions for American Idol. Meanwhile, another fan felt he possibly became sick as he recently got a flu shot. But, plenty of people suspected the worst news. They thought he probably felt ill and tested for the coronavirus.

Well, fans who thought about COVID -19 hit the nail on the head. On Tuesday, E! Online Videos reported that he missed the LIVE With Kelly and Ryan show because he went off for his test. However, since then, his results came in and Kelly said that he tested negative. That news came on Instagram as well. It said, “UPDATE: Great news…test came back and he’s negative! Ryan will be back tomorrow!”

Fans react to the negative test for Ryan Seacrest

Relieved fans hit their keyboards and commented about it. Unfortunately, so did a lot of trolls. One nice person noted, “That’s great news❣️.” And another one noted, “Thanks for the heads up!!!! Feel better Ryan.” More comments included, “Wishing the very best for Ryan, 😍” and “Hope Ryan is ok💖.” A lot of people assumed that Ryan became sick from the flu. And, several people felt he should not have taken the shot. But nowhere did it say that Ryan feels sick or contracted the flu.

One fan of LIVE with Kelly and Ryan noted, “Does anyone realize he’s traveling to do idol… test would make sense for a saftey [sic] measure for all.” And, that definitely makes sense. But, a lot of fans trolled on Ryan by suggesting Kelly hosted the show fine without him. One critic said, “Get kelly a host that isn’t overexposed. Ryan adds nothing to show.” Actually, not everyone agrees with that. One of them noted,” @ryanseacrest is missed every time he’s not on with Kelly Ripa. Glad you’re being cautious though that’s awesome.”

Kelly also got slammed by fans as she hosted alone

Kelly also got her share of trolling. One person wrote rather unkindly, “So glad you’re okay ryan, Kelly can only wink and make that clucking sound so many times by herself…!!!”  Overall though, most people just expressed their relief that Ryan Seacrest never fell sick with COVID-19.

Are you relieved to hear that Ryan tested negative and returns to LIVE With Kelly and Ryan? Sound off in the comments below.

Heartbroken Savannah Chrisley Raises Awareness: #JusticeForGabbyPetito
Is Kendra Duggar Strapped For Cash After ‘Counting On’ Cancelation?
‘OutDaughtered:’ Where Are The Busbys? Social Media Absence Explained
Megan Fox Flashes Under Bust, Gets Groped By Kourtney Kardashian
‘The Masked Singer’ Spoilers: Giant Baby ‘Fuels Nightmares,’ Who Is It?