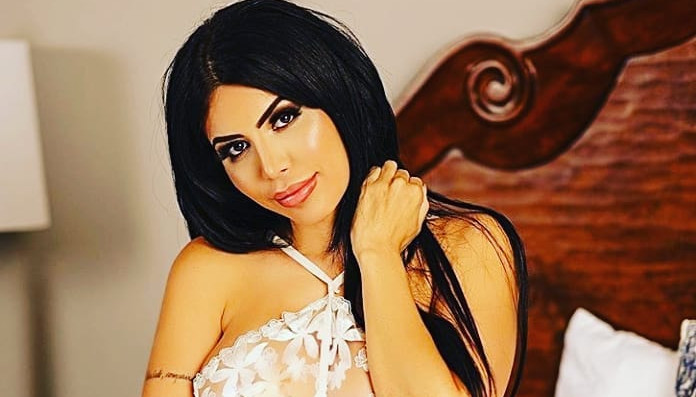 Larissa Lima is no longer on 90 Day Fiance. She’s moving on to other ventures. Including selling nude photos. Active on social media, the reality star also has OnlyFans and CamSoda accounts. OnlyFans is becoming increasingly popular among television stars. And not just reality stars.

The platform offers subscriptions for exclusive content from their favorite TV personalities. The cost of the subscription varies, as does the type of content. Several 90 Day Fiance stars use OnlyFans to post nude or nearly-nude photos of themselves. CamSoda is an adult webcam service.

In fact, Larissa Lima lost her cushy TLC job due to posting overly-explicit content on her CamSoda account. Around the time TLC fired her, she was also arrested by ICE. She thinks there is a connection between the two events.

Larissa isn’t afraid to tell it like it is. During a recent Q&A with her fans, she clapped back at one trying to shame her for sharing nudes.

Even though the 90 Day Fiance lost her TV gig for explicit videos, she’s not slowing down! Larissa Lima posts thirst trap photos of herself on her Instagram several times a week. She spent $$72,000 to get a bangin’ body and she’s not going to hide it! The content on her Instagram only teases the nudity fans can see on her OnlyFans and CamSoda.

A follower recently asked Larissa how her boyfriend feels about her sending nudes out to the world. Larissa is dating 90 Day Fiance co-star Eric Nichols. The relationship comes after her divorce from another co-star, Colt Johnson. Eric actually paid for some of her extensive surgeries. But she used the money from her nude photos to pay him back.

In response to the fan’s question, Larissa called out the double standard. She said, “[Eric] does the same [deal.]” Furthermore, she wrote that her fans “act like [you] never send nudes for free.”

The difference, Larissa explains, is that she “capitalizes” by selling the nude photos through the OnlyFans subscriptions.

The same follower wanted to know if Larissa and Eric have an “open relationship.”

Larissa quickly shut that down by saying that “[her] boyfriend doesn’t need to feel anything” about her nude photos. Furthermore, she’s an independent woman. “Nobody,” not even her boyfriend, “own[s] me,” she retorts.

Is She Done With Plastic Surgery?

The feisty Brazilian does not like the implication from fans that Eric controls her. Larissa has made it clear that she paid him back for the plastic surgeries. Furthermore, she can send her nude photos to anyone she wants!

Even though she’s had several plastic surgeries, she’s not done yet. ScreenRant reports that Larissa is expanding her boobs. She recently told a fan that she’s upgrading from “700 CC” implants to “900 CC.” The outlet notes that CC stands for cubic centimeters.

Are you surprised that Larissa Lima wants to increase her bust size? Do you think it’s wrong for her to sell nude photos? Scroll down to the comments and leave your thoughts!