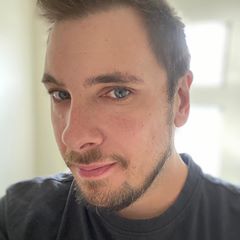 The new photo of Colt Johnson

“Good morning,” the reality show star captioned his Instagram picture. Colt’s photo, of him standing in front of his car at a gas station in his hometown, Los Vegas. “Looking good! Keep with it,” one fan replied to the snap flaunting his healthier look. “Looking lean, Hard work pays off,” another fan wrote. You can see his picture below.

Colt’s ex-lover Vanessa Guerra left a flirty comment on Colt’s photo writing, “Lookin like a snack.” The TLC star previously admitted he cheated on his ex Jess, with Vanessa after he came back from Brazil. Colt apologized to his ex a few times but referred to Jess as a rebound fling. Jess got her own revenge, showing off her handsome new husband Brian Hanvey.

Colt cheated on one ex but what about the other?

Colt addressed speculation that he cheated on his ex-wife Larissa Lima too with Vanessa. “I never cheated on Larissa,” Colt said while talking about the nature of his relationship with Vanessa. “At most, I had an emotional affair with Vanessa, and I’m sorry I did that. But unfortunately, while I was married to Larissa, near the end of it, it was terrible.  It was literally the worst time of my entire life and Vanessa was the only person there who would talk to me or even be there as a friend.”According to an article written by In Touch Weekly.

Colt and Larissa,  finalized their divorce in April 2019 after a very rocky marriage. She is now dating Eric Nichols. They recently moved further away from Colt in Las Vegas and now live in Colorado.  Colt and Larissa had many heated arguments and the police were called a few times on the couple due to domestic disputes. Colt’s over barring mother Debbie was also a big issue in the two’s marriage.

Fans went onto Colt’s Instagram page to tell Debbie how they felt. “Leave Colt alone, and let him make his own decisions. Butt out of his life. You act more like you’re his girlfriend than a MOM! I’m glad Jess puts you in your place all the time. Even with your stupid eye rolls, you deserve it. Someone has to do it,” the social media user wrote. Debbie refused to sit by without replying, “I must have missed the parts where Jess keeps putting me in my place. Oh, I know, you were watching a completely different show. Of course, that makes sense. Probably some cartoons. More your speed. Watch closely so you don’t keep missing things.”

Score one for Debbie! The problem is a thousand other fans feel the same way and they are right! Debbie needs to butt out of her son’s life!

Kanye West Wasn’t As Committed To Kim Kardashian As She Is To Him
‘Bachelor In Paradise’ Kendall Long Reveals Why She Joined The Show
’LPBW’: Audrey Roloff Gets Lost In Her Feelings Over This Picture
Jacob Roloff Shares SAD News On Isabel’s Pregnancy & The Baby
‘SW’: Meri Brown Cuts Ties With Kody & His Other Three Wives