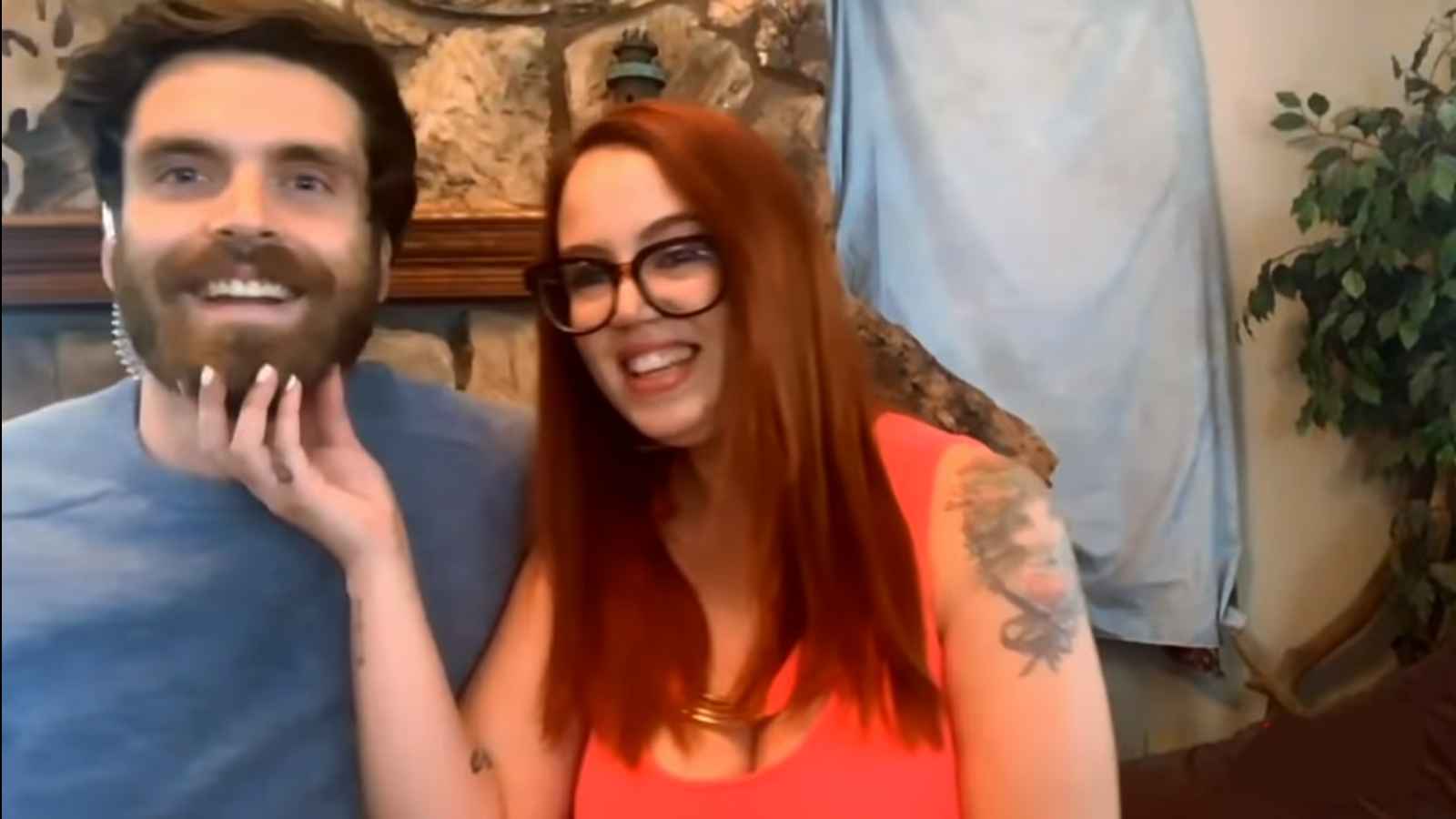 October 5 saw the last episode of the 90 Day Fiance: Happily Ever After? Tell-All. As so often is the case with reality TV, TLC kept the very best for last. Fans have watched Colt Johnson and his mom Debbie hitting out at Larissa and Jess. He even admitted he had cheated on Jess with Vanessa. True karma came for Colt in this last episode of the Tell-All, where both Jess and Larissa got revenge on the mommy’s boy.

There were two major reveals in this final episode of the Tell-All. The first reveal involved Jess Caroline. As fans know, Colt had mistreated and cheated on her. Shaun Robinson spots a man in the room with Jess and asks who he is. While fans have known about Brian Hanvey for some time, it looks like Colt and Debbie had no idea!

Jess pulls Brian into the frame and explains that this is her “upgrade” from Colt. She says since the show ended, they had married. Hanvey is all smiles and more than ready to answer any questions about his relationship with Jess.

Colt and Debbie shocked by the news

Colt Johnson and Debbie Johnson’s moods instantly changed after hearing the news. Naturally, being who they are, they couldn’t resist making snide remarks while congratulating the pair. Colt actually congratulated Jess on finally getting her green card after marrying an American. He implied this was the only reason Jess married Brian. However, Caroline noted her relationship with Brian was so much better than a green card with Colt.

Meanwhile, after getting involved with Brian, Jess lost her job and under her visa rules, would have had to return to Brazil. Hanvey said they had been dating for months and cared for each other. This meant when Jess lost her job, he had an important decision to make. Jess explained that Brian didn’t want a long-distance relationship and with his music career, didn’t want to move to Brazil. This led Hanvey to make the decision to get married to see how their relationship would go.

Despite his nasty comments, Colt was bothered by the facts behind their marriage. Obviously, fans of the show didn’t feel bad for him. After all, they have sat through Colt dissing Jess, his attempts at emotional manipulation and his admission of cheating with Vanessa. It was clear that Jess being happily settled without him really bothered the mommy’s boy.

Shaun then asked Jess how she met Brian. She explained that Larissa’s friend, Carmen had said she needed to get a boyfriend. Carmen went on to introduce Brian and Jess and the rest is perfect romantic history. That really had to smart!

This wasn’t all for Colt’s tender ego

On the first episode of the Happily Ever After? Tell-All, Colt was faced with Larissa and her new love, Eric. Naturally, there were nasty digs on both sides. However, probably the best was in the last episode of the Tell-All. This is when Shaun asked Larissa, “So, who’s the better lover, Eric or Colt?” Colt gets a dig in saying this should be an interesting question.

Larissa, without any pause, says, “Eric.” She continued, saying “Because Eric has more experience in bed than my ex because he doesn’t have a lot of girlfriends.” She went on to say how Eric had the chance of different girls in different countries and thus has more experience.

Colt replies, saying the first thing he wants everyone to know is that he loves to f***.  Jess pipes up, saying, “Because you’re weird – you’re disgusting.” Johnson accuses Larissa of not wanting to have intercourse. However, he says Jess wanted to have it all the time.

Larissa said she suffered from anxiety and depression and was taking pills all the time. Colt then blasts off a series of angry questions and statements, while the other cast members pack out laughing. To catch the experience, readers can enjoy the video below.

Now 90 Day Fiancé: Happily Ever After? Season 5 is officially over. However, fans can look forward to HEA Strikes Back which will air on Mondays at 8:00 p.m. ET on TLC.