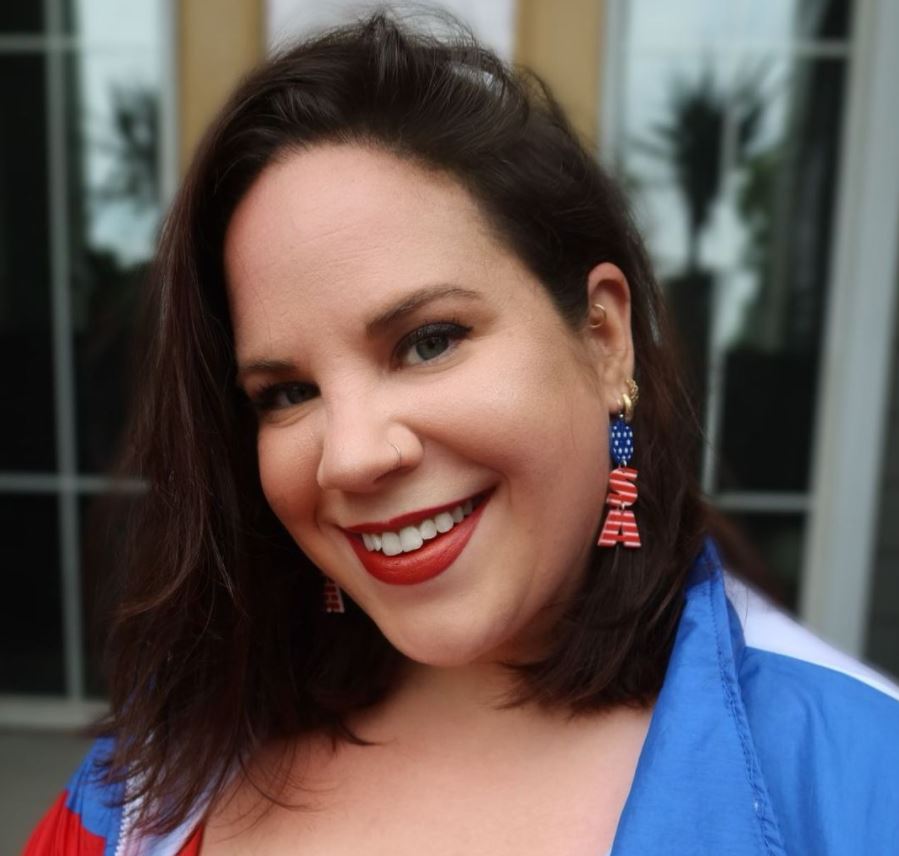 Star of My Big Fat Fabulous Life, Whitney Way Thore, is on the move again.

Where in the world is Whitney Way Thore off to?

Starcasm reports on Whitney’s locale change. However, there isn’t any confirmation as to where she’s heading. Starcasm attempts to piece everything together, a series of social media posts made by the TLC star. Ultimately, this move leaves many fans confused since Whitney’s trademarked business; No BS Active, is seemingly headquartered out of Charlotte, North Carolina.

Consequently, the allure around Whitney Way Thore’s next move stems from a series of Instagram stories. Everything began with a group photo of her houseplants as she poses a question to her fans. “Wonder what’s happening today!”

Seemingly keeping the mood light, she tags Marathon Moving Company in an Instagram story with a question bubble asking, “Where am I going?!” She jokes, “I haven’t had this many men in my house since…” Still keeping the mood light and more than slightly suggestive, she says, “There’s a lot of grunting and everybody’s packing.”

If you need something to celebrate, just wanted to remind you that the new season of #MyBigFatFabLife airs November 10 at 9/8c on TLC! 🎈 Who’s gonna watch? 🙋🏻‍♀️

Where do fans think Whitney is heading?

Using their sleuth skills, Starcasm speculates she may be moving back to her hometown of Greensboro, North Carolina. This guess is based on the fact that Marathon Moving Company is based out of the My Big Fat Fabulous Life star’s hometown. However, it is hard to definitively know if that’s the fact since she used Marathon Moving Company when she moved from Greensboro to Charlotte.

Without a doubt, Whitney Way Thore knows how to keep her fans guessing. One fan asks if she’s moving back in with her parents and while she admits she is “obsessed with them,” the answer trails off with “but…” Another solid guess is that Whitney may room with her friend Buddy “Boo Bear” Bell; however, this seems less than plausible since Buddy just got a new girlfriend. In the spirit of their friendship, he responds to Whitney’s request with, “Bring it!”

While fans appear excited for this new chapter in Whitney’s life, they are definitely on the edge of their seats. Guesses to where she may be off to next include Paris, Morocco, England, Alaska, and California. Not necessarily helping the state of suspense her fans are in, Whitney Way Thore eliminates the international guesses, seemingly leaving Alaska and California on the table.

Them: “Was your favorite part of Paris the Eiffel Tower or the Louvre?” Me:

What’s going on with No BS Active?

Ultimately, the fate of No BS Active is still up in the air. Most recent posts suggest that it is still in the works, as Whitney announces a hiatus, apologizes, and lets everyone know that she’s pushed everyone’s subscription charges back one month. Unfortunately, speculation is that Whitney and her business partner, Ryan, had a falling out. Rightfully so, this speculation is in part since Ryan’s mother announced a fitness app collaboration just six days before Whitney made her statement about No BS Active.

Seemingly, a lot is going on in Whitney Way Thore’s life. However, from the fun natured looks of her social media posts, it seems that she has everything under control. Stay tuned to TV Shows Ace for more My Big Fat Fabulous Life news as we anxiously await to see where Whitney’s heading.