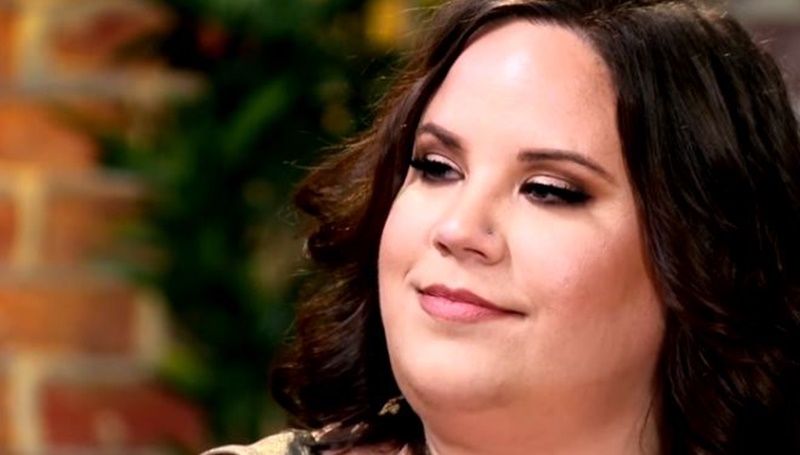 MBFFL life star, Whitney Way Thore and her business partner, Ryan Andreas looked solid back in June. They ran their business No BS Active together. But, he introduced her to Chase Severino. Fans wondered if that caused issues a bit. But, they relaxed when he posted a photo of the My Big Fat Fabulous Life star on Instagram. However, fans and now wonder if it all ended and they dissolved their No BS Active business.

We reported in June, that despite Chase Severino dumping Whitney, his friend Ryan shared a photo of himself with her on the No BS Active page. It came on their joint No BS Active Instagram account. Back then, he captioned it with “What’s up @nobsactive fam, happy Monday! Drop a comment when you finish up your leg day.” Some fans asked if he and Whitney still planned on running the business. But, he never replied.

Then, it’s noticeable that for months now, nothing of Ryan appeared on her Instagram posts. The MBFFL star seemingly doesn’t mention him like she does her friends Todd and Buddy. But more importantly, the No BS Active page has no posts at all. All of them got deleted. And, over on their website, a notice says, “Registration for NoBSactive will open again soon. Check back for updates!”

Will Whitney run the business without Ryan?

Of course, the closure might simply be temporary while they make a plan with COVID-19 regulations. But usually, just the two of them make videos which subscribers watch. And, why take down all the posts on their Instagram? Notably, the No BS Active website doesn’t mention Ryan’s name. It just says, “No BS Active is a registered trademark of Whitney Way Thore.”

Well, if there’s a problem, that might involve the fact that Ryan introduced Whitney to Chase. My Big Fat Fabulous Life fans know that the two split after he told her he got another woman pregnant. In fact, he announced the birth of their baby. The bad news features on the upcoming season of the show. In fact, Whitney cried her way through the teaser released by TLC for MBFFL this week.

You scared me, little one, coming so early but what a blessing you turned out to be. I always rolled my eyes and laughed at the prospect of fatherhood before but as cliche as it sounds you’re the world to me now. From the moment I saw you my eyes teared up and I instantly fell in love. It’s crazy going from having yourself as number one to putting someone else there. I guess one can change. I’m happy to welcome you into the world, Aurora Joyce Severino. I love you with all my heart #AJ #girldad #hellobeautiful #appleofmyeye🍎 #babygirl #stinkypoops💩 #babywin

Whitney could keep the business without Ryan

Perhaps Whitney keeps the business but Ryan moves on. After all, he’s very quiet on Whitneys posts. But, he comments regularly on Chase Severino’s Instagram. So, it looks like they remain good friends to this day. If Ryan and Whitney fell out over it, maybe she brings in her friend Todd? After all, they already run their No BS Dance business together.

What do you think about the MBFFL star taking down all the posts on No BS Active? Sound off in the comments below.