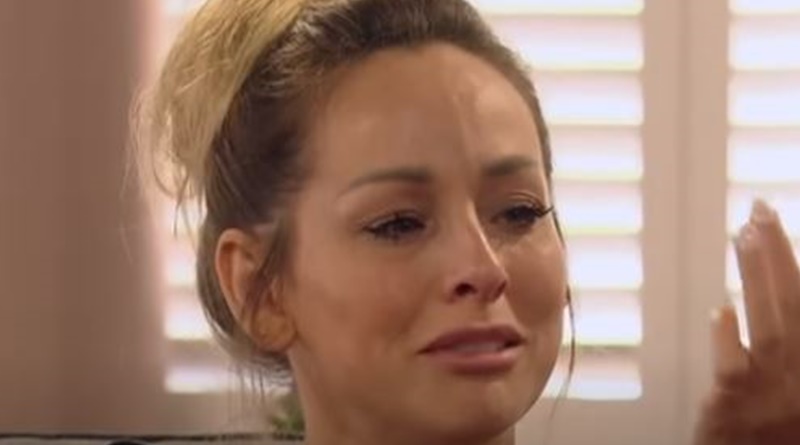 Bachelorette fans all know that Clare Crawley fell in love with Dale Moss and stopped filming. So, they already know the outcome of that. Tayshia Adams stands by ready to step in. So, it looks like a season shared between the two women. Just a few episodes into it, fans say they’re “ready for Tayshia.” So, they wonder when she comes onto the show.

It’s no secret that Clare Crawley stopped filming and left the ABC show early. However, current rumors wander around the internet suggesting the producers sent her home, rather than the other way around. Fans already saw scenes from Clare’s season. Clearly, Chris Harrison felt concerned about her instant attraction Dale Moss. And, it seems unscripted at that point.

We reported that a couples’ therapist discussed the love at first sight moment on The Bachelorette. They felt that it seemed genuine. But for now, Clare’s season continues and she manages to eliminate a number of contestants along the way. So on Twitter, some fans wonder if Tayshia gets a shot at the leftovers. Or, if they bring in other male contestants for her.

Basically, an impatient audience thinks of Clare as old news already. And, they start clamoring for Tayshia’s episodes. Over on Twitter, one fan wrote, “im ready for tayshia #bachelorette.” And, another one commented, “I already got my picks for Tayshia, I’m ready.” And this one noted, “You all let me know when they bring in Tayshia so I can start watching the #bachelorette.”

But they might need to wait a bit longer according to elitedaily.com. The outlet suggested that fans think Clare only departs with Dale about “halfway through her season.”  One huge clue comes from the trailer which reveals one angry contestant shouting that maybe “the 15 of us walk out.”  With 30 originals on The Bachelorette, that could mean that about 14 of them left already, not including Dale.

Listening to Clare talk is just…. when is Tayshia getting here?! #bachelorette #TheBachelorette #BachelorNation #BacheloretteABC pic.twitter.com/BbzESE2NrE

Fifth episode might bring Tayshia for the first time

The outlet speculated that in previous seasons it took about five episodes to shed half the contestants. But, they caution that also depends on how many roses “Clare hands out.” If that happens, then fans probably see Tayshia in about four more episodes. Notably, that hardly makes rooms for new contestants. So, Tayshia might go through a lot of pressure.

When Clare left the show, she did it unapologetically. After all, she said she went there “for love” and she “found it.” She apologized for letting the guys down, but also noted, “I’m not going to apologize for love, Ever!” Still, some fans think maybe she should apologize because Tayshia might have chosen any one of those already sent home. The Bachelorette trailer reveals what spoilers already said. Clare leaves and Tayshia rocks up in a limo.

With Tayshia appearing in the trailer, fans hope for a brand new storyline and simply wish Clare would go away…now! But really, it’s only a few more episodes before they get their wish. If nothing else, the season brings a lot of drama and yelling about being “the oldest” contestant in the Bachelor Nation.

What do you think about Clare taking forever to leave the show? Are you rather more interested in Tayshia now? Sound off your thoughts in the comments below.