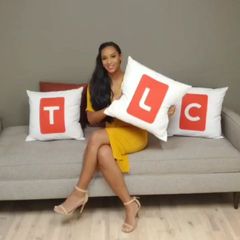 TLC fans have been watching The Family Chantel and their reviews haven’t been very upbeat! Many fans say they would rather watch Colt Johnson than this argumentative family.

People are not responding well to the Chantel family

The Family Chantel is another 90 Day Fiancé spinoff. This one is about a dramatic family living in Atlanta,  learning to live with their daughter Chantel’s Dominican husband, Pedro Jimeno, and his family.  The family was always very opinionated about Pedro’s motives and made their opinions very clear. The overly temperamental families can’t stand each other and fight often.  While most reality TV is addictive, this family has come across as cringe-worthy and uncultured.

Fans are over The Family Chantel and it shows

Many TLC fans have let it be known that they would rather subscribe to Colt’s OnlyFans page than have to watch another minute of The Family Chantel.  According to Screen Rant, fans think the show is more ridiculous than Colt posting suggestive photos on his OnlyFans page. Fans were amazed that The Family Chantel was given a second season. Maybe TLC should have never green-lighted a second season and many have wondered who actually watches the show.

90 Day Fiance; Happily Ever After, Colt Johnson has kept fans in shock at his latest OnlyFans page. Let’s look at how some fans have reacted to his latest financial adventure.

One person wrote, “This is a hard pass for me” while another said, “Wow. Dude..just wow. Smh.”

Several commenters write that they’d already seen what Colt is advertising and they aren’t impressed.“I think half of Instagram already has heard and seen what all the talk is about,” wrote one Colt’s followers on social media.

Fans aren’t having it

We know how fans feel about Colt and his OnlyFans page. So, when they say they would rather pay to see Colt then watch The Family Chantel, which speaks volumes.