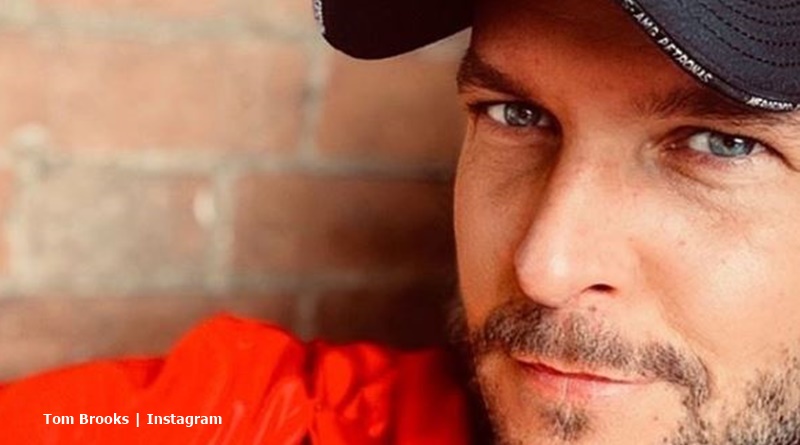 90 Day Fiance fans speculated that Tom Brooks returns to the TLC franchise soon. And, he appears at the end of October with his sister on Pillow Talk. Of course, with Darcy and Stacey airing fans recall that he dated Darcey and maybe finds it hard letting go of her. But, when a fan made that sort of inference, he came back with the perfect clap back.

We reported that when fans heard Tom might film again, they became quite excited. In September, fans heard that Tom filmed. But, it looked like something other than Darcey and Stacey. Popular from his previous shows, fans now look forward to him on Pillow Talk. Previously, fans saw him on Before the 90 Days and Self-Quarantined. Plus, they saw him on  B90 Strikes Back.

But, like all of the stars on TLC, he also accumulates trolls and haters. In fact, many of them who support Darcey hate that he talked about her putting on weight. Screenrant noted he apologized but it came over as quite feeble. Meanwhile, he slims down and looks younger by the day. His 90 Day Fiance fans love the way he looks after himself these days. And, they agree he grows very handsome with the lost chubbiness.

Tom and the perfect clap back

On Monday, Tom Brooks shared a photo of himself looking slim. His hair looked darker, without a shade of gray. He wore his usual suit with a white high-collar shirt. And, he held a humongous glass of red wine. Tom’s caption read, “You know someone is special to you when you’re literally captivated by them in even the little moments. The slightest thing they say or do, is like watching the universe unfold. And nothing else matters in those moments. 🤍”

Plenty of fans joked about that and asked if he “looked in the mirror?” After all, he talked about falling in love but shared his own picture. But, then, other 90 Day Fiance fans started talking about a new woman in his life. One said, said, “I knew you would be someone’s Prince Charming one day 👑. Wish you all the best!💗” And others mentioned they thought he hinted at a new love in his life. But one critic assumed he talked about Darcey. And he came back with a perfect clap-back.

One person trolled saying, “Your posting cause darci got engaged.” And, another critic sarcastically told Tom, “let it go.” And, his answer got other fans laughing. Pretending he thought they talked about the humongous glass of wine, he said, “no I always hold onto my wine!” And other fans loved it. They responded with crying and laughing emojis. One fan commented, “bBabahahahahahhahaahahahahahaha.” And another one said, “snap!”

You know someone is special to you when you're literally captivated by them in even the little moments. The slightest thing they say or do, is like watching the universe unfold. And nothing else matters in those moments. 🤍 . . #teamtom #tombrooks_tv #tombrooks #tombrookstv #beforethe90days #tlc #tlcnetwork #realitytv #tvseries #tvshow #tvdrama #actor #america #entertainment #england #british #nottingham #gentleman #theotherway #b90strikesback #pillowtalk #photography #photooftheday #instagood #lifestyle #lifeisgood #versace #suited

It certainly looks like it doesn’t pay to troll on Tom Brooks. The 90 Day Fiance star is sharp and clearly rather clever. Do you agree? Sound off your thoughts in the comments below.