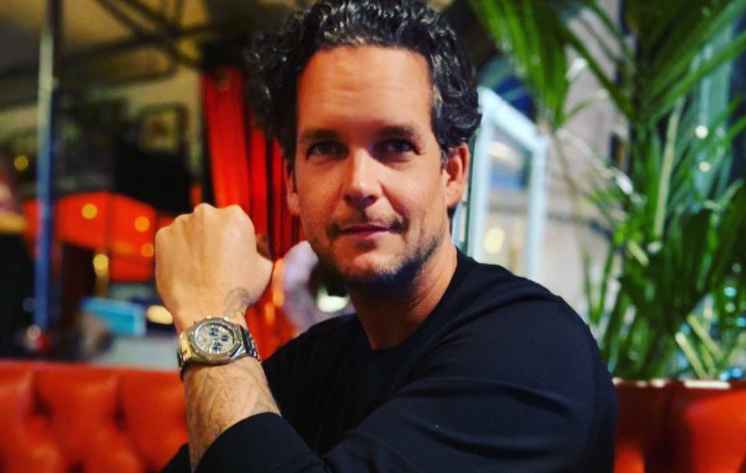 Female viewers will probably never forget one phrase Tom Brooks uttered to Darcey Silva on 90 Day Fiance. If they liked him before, when he uttered the words, “Did you put weight on?” that was it. We all know Tom loves himself, but can anyone else truly love this man? Now, the news is that Brooks has been spotted with a camera crew. Is he about to appear on 90 Day Fiance again?

Fans know Tom Brooks for his relationship with Darcey Silva on 90 Day Fiance: Before the 90 Days. Darcey went to England to visit Tom as they tried to find love together but it wasn’t working. Things worsened she returned to the States. Darcey found out that Tom had already moved on with another woman, so they famously broke up in a cafe in New York City.

Brooks did appear on a couple of TLC spinoffs following 90 Day Fiance: Before the 90 Days. One was the special Self-Quarantined edition, in which cast members self-filmed themselves at the start of the COVID-19 pandemic. Tom also made an appearance on B90 Strikes Back, where cast members gave their own commentary relating to the episodes from the last season.

Is Tom coming back to the TLC reality network?

Rumors are that Brooks will star on the 90 Day Fiance: Pillow Talk series to make comments about the other 90 Day episodes. However, it turns out he could be back on TV again soon for other content. According to The Blast, Brooks has recently been seen with a TLC film crew. It is unlikely he is filming for Darcey & Stacey following his break-up from the Silva twin. It is also reportedly unlikely he will appear with Amanda McAdams, the woman he broke up with Darcey over.

Despite the fact that many fans believed Tom would appear with Amanda on the TLC network in some way, they have apparently broken up. They were reportedly in quarantine together when the COVID-19 pandemic first struck. However, he left to be with his parents as they had health issues. Since then, nothing has been seen and heard of McAdams.

Maybe Tom will be on TLC

While there is no confirmation that Tom will star in another 90 Day Fiance spin-off, it does seem he could be on a TLC dating show nonetheless. At this stage, there has been no official confirmation from TLC one way or another.

Some 90 Day Fiance fans enjoyed watching him speak of his feelings on B90 Strikes Back about his relationship with Darcey. However, all along, fans were critical of his treatment of her and for not taking the relationship seriously.

During an episode of Darcey & Stacey, Darcey did say she had loved Tom. She wasn’t happy with the fact that her sister Stacey had met with Brooks. She just wanted to put the relationship behind her and find a man who truly appreciates her. Darcey is currently dating a young, hunky Bulgarian man, Georgi Rusev. For her part, Stacey is still engaged to her Albanian love, Florian Sukaj.

Fans can keep up with Darcey & Stacey on Sundays at 10 pm EST on TLC.