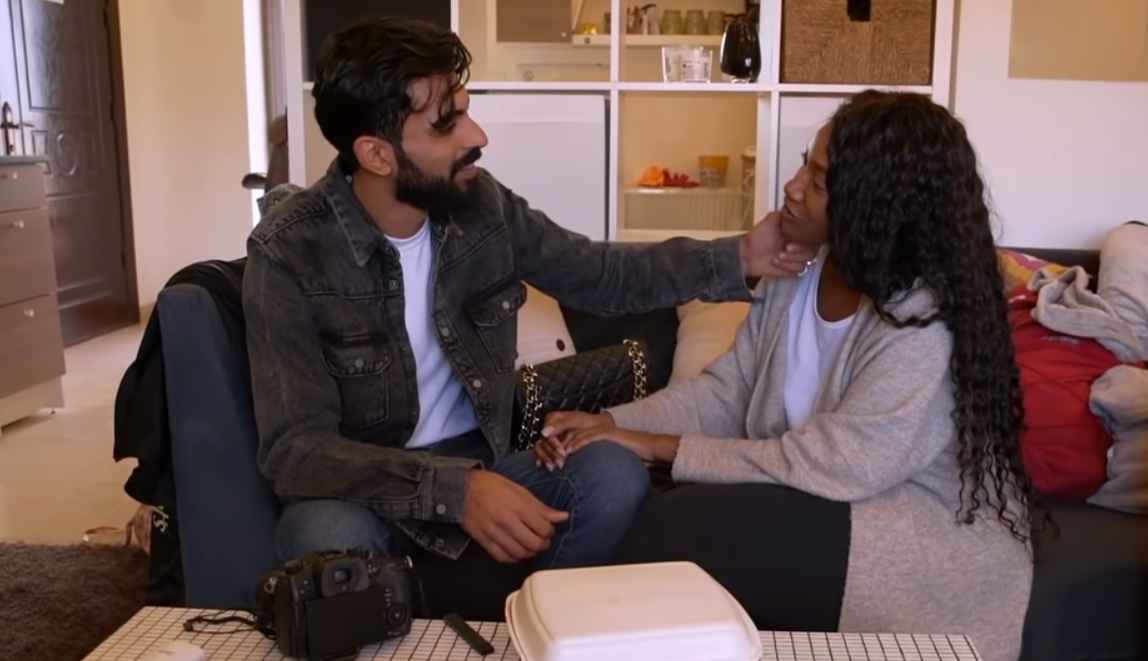 A sneak peek into Sunday’s upcoming episode of 90 Day Fiance: The Other Way reveals Yazan in serious trouble. His relationship with American Brittany Banks has been a problem all along. However, while struggles related to cultural differences all along, Yazan’s dad has put his foot down. He told his son to drop Brittany, or lose his job and his home.

Brittany and Yazan’s relationship has been plagued all along by their major cultural and religious differences. For one thing, Brittany is reluctant to convert to Islam. Due to their religious beliefs, Yazan’s parents insist they marry immediately and go through the conversion. One major problem with getting married is that Brittany is already married. She has been hiding this fact from her fiancé and his family.

Brittany received a message that she must travel to Chicago to complete her paperwork for the divorce. She didn’t tell Yazan the actual reason for the trip. While she is away, Yazan has a real problem. In the sneak peek clip posted below, he explains to his friend Mohammed how things have changed drastically since she left.

Yazan’s parents did originally give their blessing for Yazan and Brittany to take more time before getting married. However, since then, they have browsed her social media accounts and are shocked. Some of the images were very revealing, leading to them changing their mind. The images in question have since been removed from her Instagram account.

Yazan told Mohammed that after Brittany left, he sat down with his father and they started speaking about her. His father said he doesn’t accept the whole marriage and doesn’t want it. He then started asking Yazan about social media.

Talking of some old social media photos relatives had sent to his father, Yazan said, “Those are old picture, Mohammed.” However, he explained that his father told him Brittany is playing with him and doesn’t want to marry him. His parents feel that his American 90 Day Fiance is lying to him.

His job and his home or Brittany

As noted by ET, during the talk with his father, Yazan defended Brittany. However, despite this, his dad said if he wants to marry Brittany he can no longer work for him at the fish market. Moreover, he kicked Yazan out of his house.

The Jordanian TLC star told Mohammed that he spent the first night with his uncle. Following that, he had to stay on the streets for two days. Yazan then rented an apartment and started looking for work. He told Mohammed he doesn’t talk to anyone – he just spends time alone. Yazan wore this has been “truly the most difficult time” he has ever been through.

View the sneak peek clip of Sunday’s episode of 90 Day Fiance: The Other Way below.

Keep up with Brittany and Yazan’s story on 90 Day Fiance: The Other Way on Sundays at 8 pm on TLC.