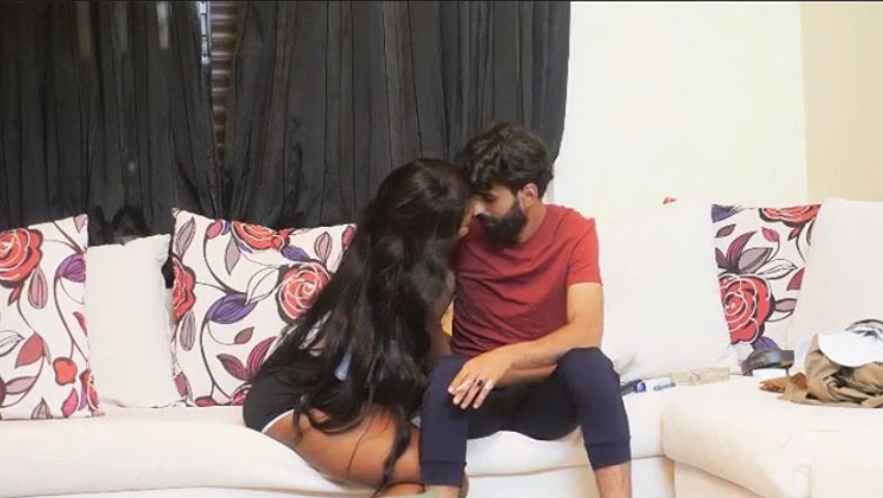 Brittany Banks isn’t exactly a fan favorite on this season of 90 Day Fiance: The Other Way? Viewers are shocked at her attitude and lack of respect for Yazan’s culture and religion. Fans will remember Brittany arriving at the airport in Amman, Jordan. She acted provocatively, hugging the TLC crew and swigging alcohol from her carry-on luggage. Things haven’t exactly improved since then with Yazan insisting she takes the Muslim faith.

Both Brittany and Yazan are hot-tempered and both want their own way. A recent episode revealed Yazan insisting he can only marry a Muslim woman. Reportedly, he hadn’t made that known before the Florida native jumped on the plane. Brittany told Yazan in no uncertain terms that she will not convert to Islam, She says she considers herself to be a “spiritual” person. While she will wear the required conservative clothing in Jordan, that is as far as she is prepared to go.

Obviously this fact does not sit well with Yazan’s parents, who also insist Brittany must convert to Islam. Things got even worse during the August 24 episode. This is where Brittany explains that a distant cousin of Yazan had been trolling old images on her Instagram account. The cousin claims Brittany is disrespecting Islam while appearing in photos “naked.” The image has since been removed from her Instagram page, but many provocative photos remain.

Brittany explains that the image in question shows herself and a friend, wearing bikinis as a private pool. She wasn’t naked. However, this led to a disagreement, causing Brittany to send nasty messages to her Jordanian fiancé.

The subject of Brittany’s social media has come up before relating to Yazan’s family. Fans realize that Yazan was introduced to Brittany through her Instagram page, so what is the big deal? While he knew exactly how she dressed and looked, he still wanted to pursue a relationship with the Florida beauty.

While things are bad right now, a sneak peek into the midseason 90 Day Fiance: The Other Way trailer reveals more problems. The trailer shows Brittany arguing with Yazan over the phone. Yazan asks what she wants him to do. She angrily responds, “Act right!” Brittany tells the camera that if Yazan thinks he is going to give her an ultimatum, she is going to “give his a** an ultimatum.”  She says he is not the King of Jordan. The scene then switches to Brittany seated on a plane.

Later in the teaser, Yazan tells Brittany he “must be careful, because it’s dangerous.” When she asks him how it is dangerous, his response is cut off. However, the next scene shows his father, saying in Arabic, “I swear, tell Yazan I will be his murderer.” Cut to an Englishman, who tells Brittany there are people who “genuinely hate” Yazan now. He adds, “They might decide to kill him.” This leaves a shocked Brittany in tears.

Can the relationship between Brittany and Yazan survive all the tension and lies? As noted by Screen Rant, his family still doesn’t know she is married. Meanwhile, he is a virgin who refuses to lose his honor before his marriage. However, she is still a party girl who posts provocative photos. Watch the midseason sneak peek here.

Trust us, it'll be worth the wait!😲 Monday is the #90DayFiance: The Other Way mid-season finale… and the series returns October 11 at 8/7c with all-new drama you won't want to miss.

90 Day Fiancé: The Other Way airs on Mondays at 9 pm EST on TLC and returns on October 11.