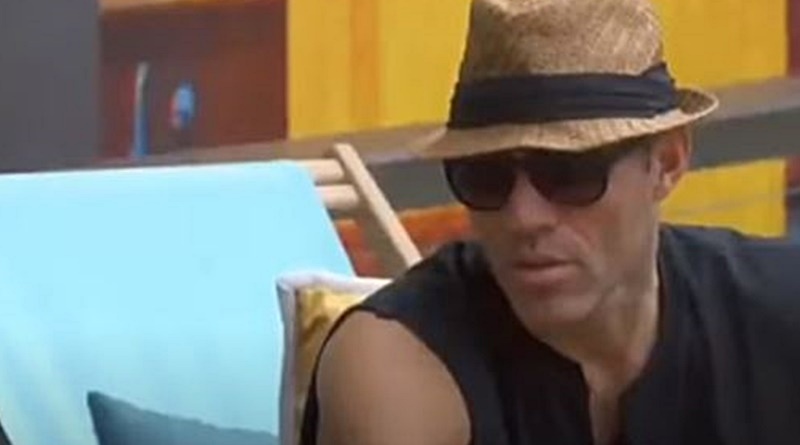 Big Brother 22 reached an important stage with another eviction looming. But this one’s important and the stakes were high as it whittled it down to four contestants remaining. Cody and Enzo controlled the vote. And, Enzo’s seemed in a bit of a quandary. He felt a bit uncertain about Memphis leaving. But in the end, he went along with Cody.

We reported that “Memphis and Christmas are on the block together this week.” So, one of them will be going home. And, that might bring rumors of showmance to an end. Now, Cody and Enzo deeply considered the benefits of keeping either Christmas or Memphis. And, course, Nicole’s in the equation as well. Christmas seemed rather relaxed initially, about the impeding Jury house, and that’s because Nicole assured her that she’s safe.

Big Brother star Enzo doesn’t trust Nicole at all. And, he feared that if she and Christmas survive, then they’ll turn on the guys. And perhaps that fear comes with good merits. After all, they tried “to get Cody backdoored, with Nicole using the veto,” EW reminds readers.  In the episode, Cody revealed misgiving about Memphis, who he felt plays all sides in the game. Meanwhile, he knew Nicole’s a big threat. So did Enzo, who felt it might be a safer option keeping Memphis. But, in the end, they went for letting Memphis go.

Fans discuss the decision by Cody and Enzo

Over on Twitter, fans noticed that Christmas became increasingly unsettled. No longer totally relaxed, she said, “I’m getting very uncomfortable on this so I’m hoping that you guys know that I can help your game continue and you vote to keep me.” Well, Memphis, although Cody believed he played all sides, claimed he played it “straight” so he seemed shocked at his eviction.

One Big Brother fan commented, “Cody and Enzo are literally Tweedle Dee and Tweedle Dum…Their antics are the only thing getting me through this painful season.”  But others got annoyed with Enzo. And, one person wrote, “Shut up Enzo!!! Your all talk, no action. Once again you played for Cody!! Your an idiot!!”  But actually, when Memphis left, it opened up a possibility for Christmas to get a veto.

Enzo just needs to stop. These DRs just show he is a 🤡 Like he would ever have a backbone or independent thought in the game to split the vote! #bigbrother #BB22 #BigBrother22 #bigbrotherallstars #BigBrother2020 #BB22allstars

Enzo could win if Christine plays a veto

In that case, a fan predicted, “Christmas is the only one that will send Cody to [the] jury. That means Enzo has to win HOH and Christmas has to win Veto.” And, another Big Brother fan agreed, saying, “Enzo needs to win HOH, Christmas needs to win Veto, then Christmas votes Cody out. This is the only way Cody doesn’t win the game.” But, one fan felt that Enzo just went along with Cody, because he can’t make decisions. That’s why he seemed a bit undecided on Memphis leaving.

Well, the Big Brother 22 die was cast so now, Enzo needs to live with the new dynamics. what are your thoughts on Enzo and the eviction of Memphis? Sound off in the comments below.