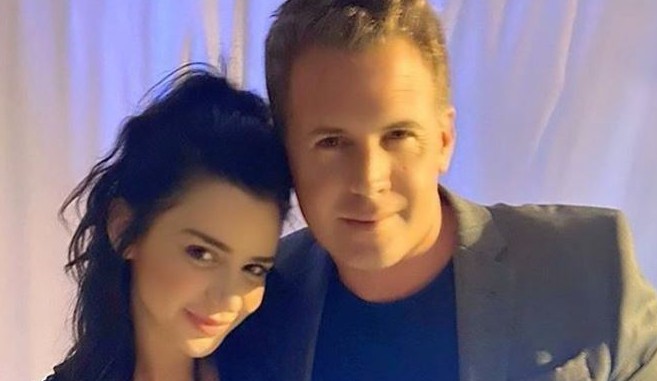 There have been rumors flying outside of the Big Brother All Stars house. Memphis Garrett and Christmas Abbott have had many fans speculating perhaps a showmance could be brewing. Initial reports were indicating Memphis’ girlfriend had deleted pics of him off of Instagram. However, now, it’s appearing that was false information. Dominique Scalise is speaking up about her relationship with Memphis.

Dominique addresses her status with Memphis

The rumors all started when a video surfaced from live feeds. In the video, Christmas walks over to Memphis in bed and lifts the sheets. Most think she was whispering something to him. Other’s think the two shared a kiss. Plus, many also believed Memphis’ girlfriend deleted pics of him from Instagram.

All the while, posts have been made for Dominique on Memphis’ Instagram account. The posts include happy birthday messages and photos of the two of them together. His posts seem full of love and anticipation to be reunited with Dominique.

Now, in response to another Big Brother alums tweet, Dominique had a response to the rumors. Beau Beasley said, “Shuuuut up! Seriously??? Someone please explain this… when, why and how? #BB22 #BBLF #BBAllStars2.” His tweet was in response to an article he saw online, which he shared.

And, Dominique had a response to him. She tweeted a reply with a photo of herself and Memphis. And, she said, “#fakenews I never had any pictures on my Instagram. I’m more of a close friends story kinda girl. #competitionisnada.”

He then said, “thanks for clarifying love.”

#fakenews I never had any pictures on my Instagram. I’m more of a close friends story kinda girl. ✌🏼#competitionisnada pic.twitter.com/xWFOcNtuaL

Other thoughts on the rumors

While a showmance would add some excitement to this season, it’s likely not happening. However, back before All Stars started, Memphis was asked about who he could see a showmance starting with. He actually named Christmas. He said if nothing else he felt he could have a good conversation with her.

And, now, he and Christmas are on the block together this week. So, one of them will be going home. Nicole was able to win Head of Household and the Power of Veto this week. She put them both up and also decided to not use the veto.

Now, one of these two will be heading to the jury house. Who do you think will go home? Who do you want to see as the winner? And, do you think Memphis and Christmas were just talking?