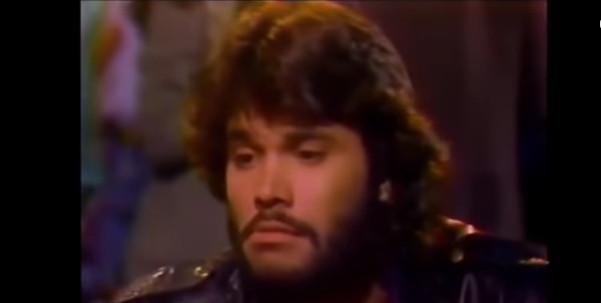 Days Of Our Lives fans can’t imagine anyone other than Peter Reckell playing anti-hero Bo Brady. (Fans like to pretend the Robert Kelker Kelly years never happened. His co-stars probably do, too.)

But it turns out that an then-unknown actor also auditioned for the role of Beauregard “Bo” Brady. The actor is now one of the most popular, wealthy movie stars in Hollywood!

Both Peter Reckell and Kristian Alfonso joined the NBC soap in 1983. As legacy character Hope Brady, Kristian joined the show first. A week after she got the job, DOOL was on the hunt for an actor to play her leading man, Bo Brady. Of course, at the time, no one knew that Bo and Hope would become one of the most beloved soap couples of all time.

A then-unknown Tom Cruise tried out to star on Days of Our Lives! Kristian Alfonso told Access Hollywood that she was too nervous about losing her new job to read opposite of the auditioning actors.

Speaking about her own insecurity, she said, “If they see me again, I am terrified they’ll realize they made the wrong choice and they’re going to cancel that contract.” She ultimately didn’t have to test with the potential Bos.

The soap went with Peter Reckell as Bo Brady instead of Tom Cruise.

Tom Cruise went on to star in The Outsiders and Risky Business later that year.

All’s well that ends well! While it’s intriguing to wonder how Tom Cruise would have played Bo Brady, fans loved Peter Reckell in the role. His bad boy biker look drew Hope Brady in just as it did the fans. Check out this YouTube clip of Bo & Hope’s first meeting at Shenanigans in 1983.

DOOL fans know that Bo and Hope had a wild and unpredictable relationship. Peter Reckell left the show in 2015. Bo Brady died in Hope’s arms from a brain tumor. Since then, Kristian Alfonso’s Hope has been bobbing aimlessly around Salem.

Earlier this summer, the actress SHOCKED fans by announcing that she quit the soap after 37 years! The show’s writers planned to take Hope off-screen for up to six months, so the actress bit the bullet and chose to leave for good.

Sadly, due to DOOL filming six months in advance, fans were robbed of a real exit. Kristian Alfonso’s last air date as Hope was on Wednesday, October 14. The actress said she doesn’t plan to return.

Did you know Tom Cruise once auditioned for a role on the daytime soap? Scroll down to the comments and leave your reaction.