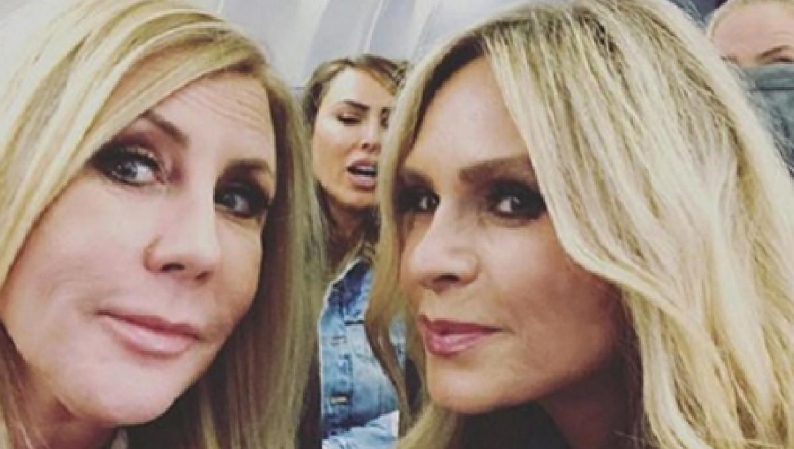 Regardless, the show debuted without a hitch. Shannon Beador talked about her relationship with new beau John Janssen. Kelly Dodd talked a lot about her intimate life with now-husband Rick Levanthal. And Braunwyn Windham-Burke admitted that she’s an alcoholic.

And those were just some of the shocking moments of the night. Former Housewife Tamra Judge shared her thoughts on the matter and now fans are weighing in on the premiere.

RHOC fans feel the show is nothing without Tamra and Vicki

On Wednesday, October 14, Tamra Judge reposted an old clip of RHOC from the Vicki and Tamra fan account. In the caption, she wrote, “End of an era” with the sad face emoji. In the comments section, fans shared their thoughts on the RHOC Season 15 premiere. Most of them revealed that they have no desire to watch.

The fans have spoken and they want both Tamra and Vicki back. However, most of the fans claimed that they missed Tamra. Most of them didn’t even mention Vicki. But it’s likely that there are some who miss the OG Housewife as well.

Why were Tamra Judge & Vicki Gunvalson let go from the show?

The RHOC alumni revealed that they were fired from the Bravo series. Back in January, Tamra addressed her firing during an Instagram Live with Andy Cohen.

“I’m not cheap, Andy, and that’s why I got fired!” she passionately exclaimed, as per Us Weekly. “I’m not going to go into detail, but I’m going through some difficult times right now and it was best for me to step away so I can deal with it on my own. I just need some privacy right now.”

Vicki also addressed her firing. She spoke out about it during a previous episode of Whoop It Up With Vicki. Vicki claimed that the network wanted to hire younger cast members.

“There are several things we thought of. … We got very expensive and I think they said that viewers were ready for younger blood,” Vicki admitted during her podcast, as reported by The Sun. In a June appearance on Behind the Velvet Rope podcast with David Yonteff, Tamra suggested that she was fired because of her age.

Earlier this year, Vicki announced her departure on her Instagram page. Just days later, Tamra also announced that she was leaving the show. Vicki recently told Celeb Magazine that she thinks RHOC Season 16 is a “big joke.” She also told former friend Shannon Beador to keep their names out of her mouth.

What did you think of the premiere episode? Do you miss Tamra and Vicki? Share your thoughts below in the comments section.